A Village Suspended in the Sky

Daniel and I were more pressed for time than Monica, because Daniel wanted to spend some time in Bangkok at the end of his stay, so the two of us took an overnight bus to Siem Reap. Monica arrived the next day. The bus was cruising way too fast and it was not a good experience. Somehow we made it safely to Siem Reap.

Daniel and I hired a tuk-tuk driver to take us to the Kompong Phluk floating village. It took a couple hours to get from Siem Reap to the village--an incredible ride, and a definitely one of the best experiences I've had on my trip so far.

Before we arrived at the floating village, we passed through a stunning local village (on land) that I don't know the name of. 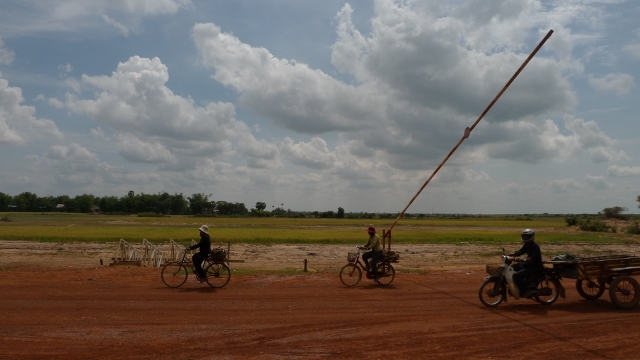 We paid $50 to hire a private boat driver to take us through the floating village and into the Tonle Sap Lake. Fishing is the main activity and source of sustenance in the village. It was fun seeing the locals use their traditional fishing techniques--no fishing poles around here. 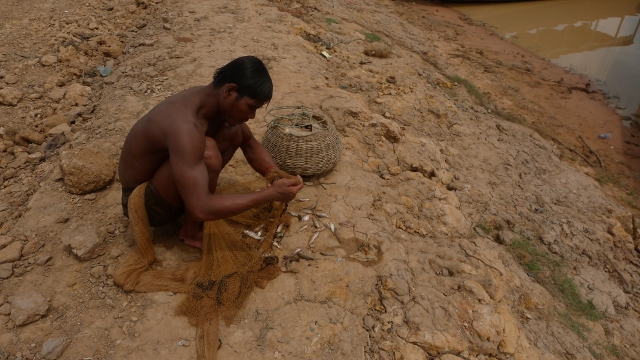 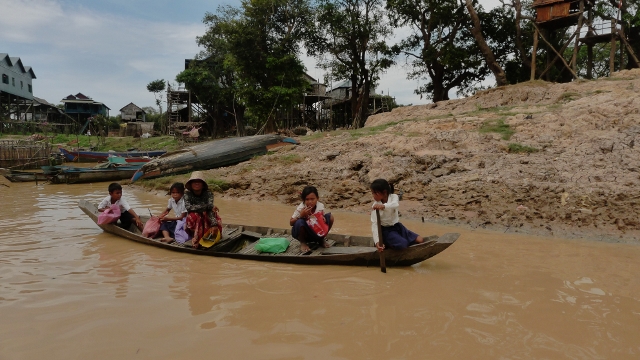 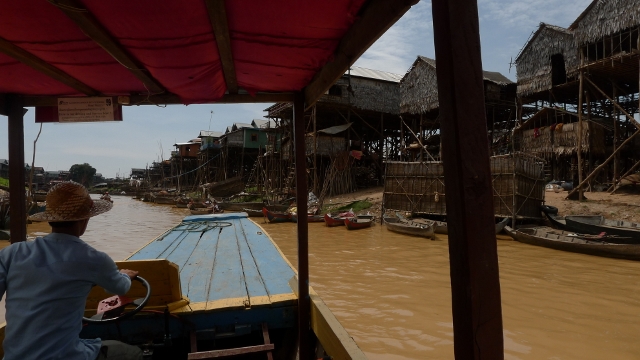 The houses are all built on tall bamboo poles to keep them dry during the rainy season, when the river floods up many meters high. 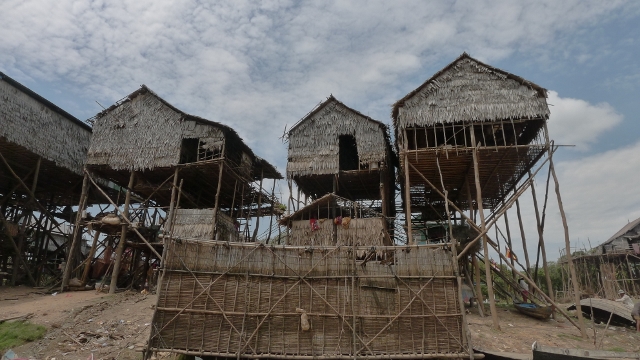 Can you imagine having to go outside to pee in the middle of the night? Maybe they just use old coke bottles or something. 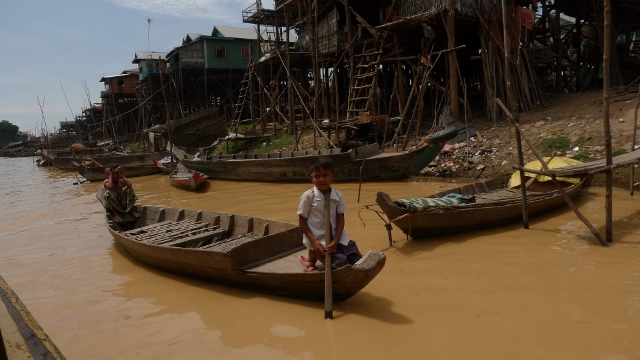 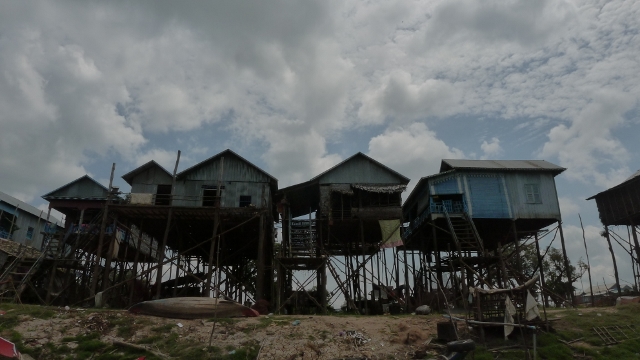 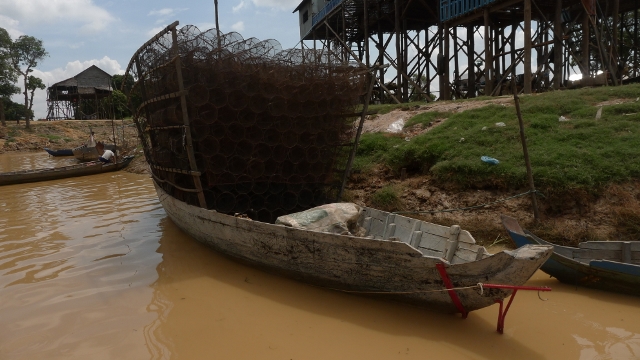 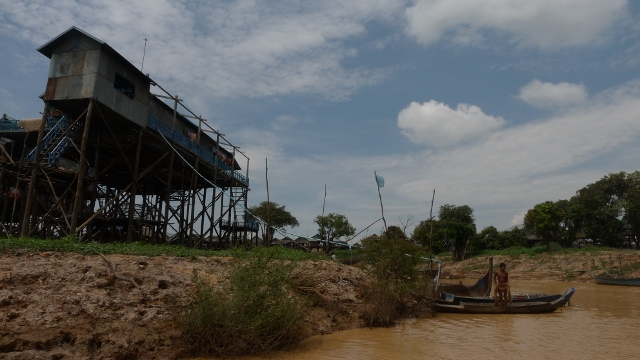 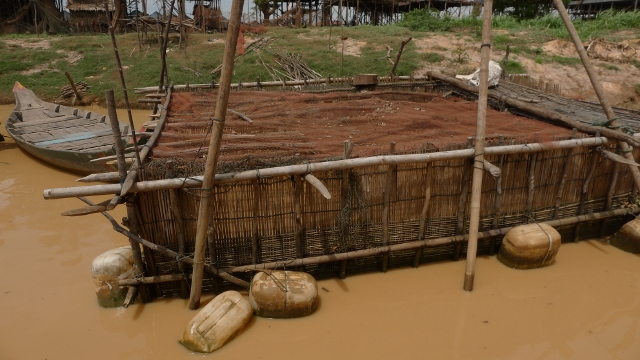 Our boat driver then took us out to the lake. The Tonle Sap river flow is very unique in that it changes direction twice a year. During the dry season, it flows out into the Mekong River. During the rainy season, the Mekong overflows and the river backs up into the lake pictured below. 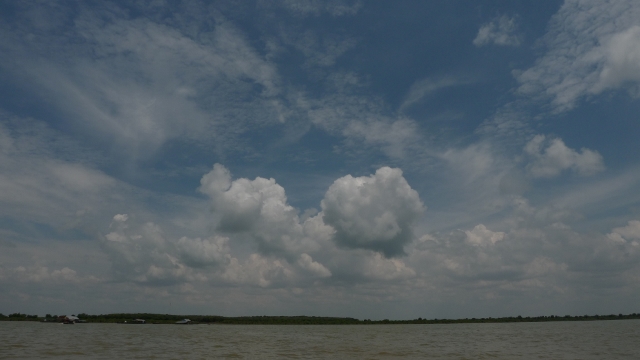 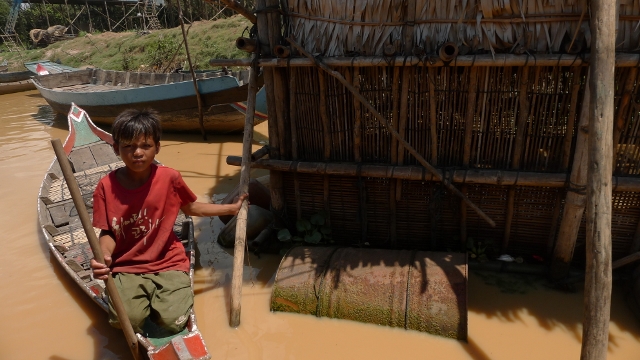 On the way back to Siem Reap, I think both Daniel and I fell asleep at different points. I woke up to capture these monks riding on top of a Jeep-like vehicle. 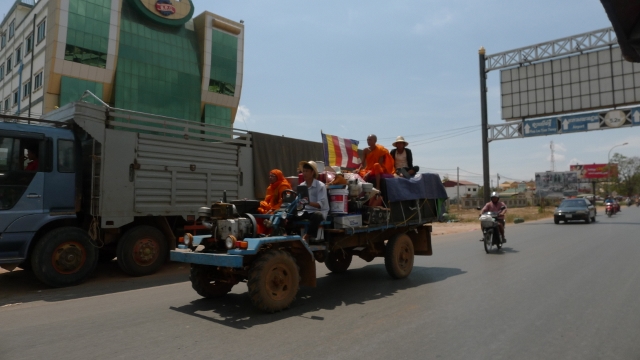 That night we ate at a Cambodian BBQ restaurant. We chose five different meats and cooked them at our table. I can now say I've eaten crocodile and python! The crocodile was pretty good, but the snake was not. It was pretty chewy and didn't have much flavor. 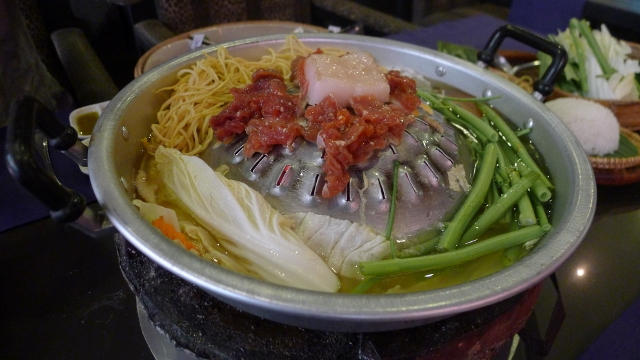 Daniel finished the day off with a "fish spa" in the downtown area. These fish spas are pretty common around Southeast Asia. Basically you stick your feet into a pool with tons of little fish. The fish nibble off your dead skin. I didn't try it, but Daniel said it was insanely ticklish in the beginning, and then he got used to it. He only paid $1 and that came with a free beer! 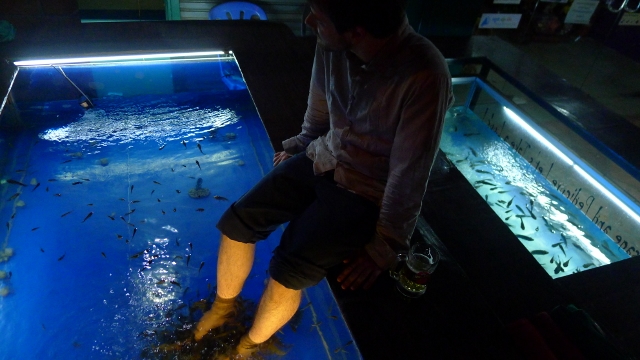