The Most Bizarre Thai Temple

Our minivan made an unexpected stop after leaving Chiang Mai for Chiang Khong, on our way to catch the slow boat to Luang Prabang, Laos ... 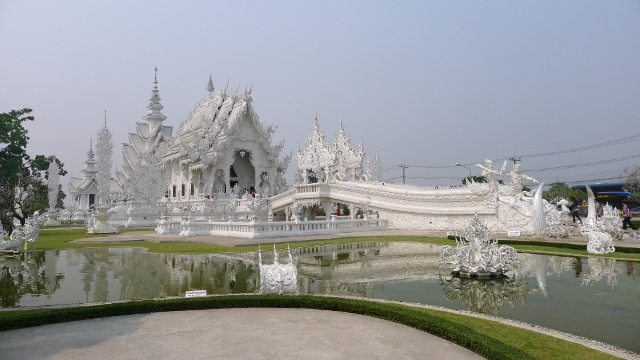 It was an insane, white, bizarre, terrifying and utterly mind-blowing temple!

We had no idea we were stopping at all, let alone stopping at something so mysterious and jaw-dropping as this. As I walked up to the seemingly-normal temple, I noticed demonic red and white traffic cones blocking the entrance and wondered what was going on. 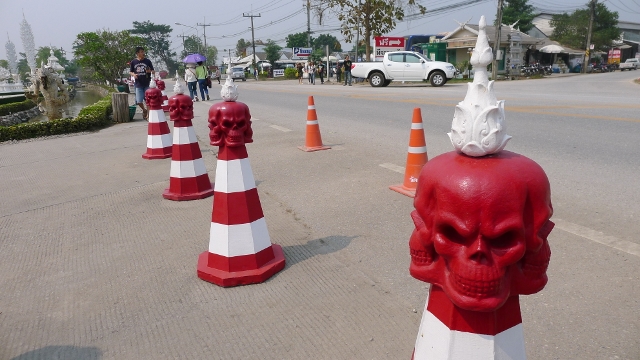 The driver gave us a 15-minute limit, which I must have pushed to at least 20. This didn't leave time to talk to anyone to figure out what this temple was all about. Neither were there any brochures or signs anywhere to enlighten us.

For some reason, there was a Jackie Chan cut-out near the ticket booth. This was the least weird thing about this place. 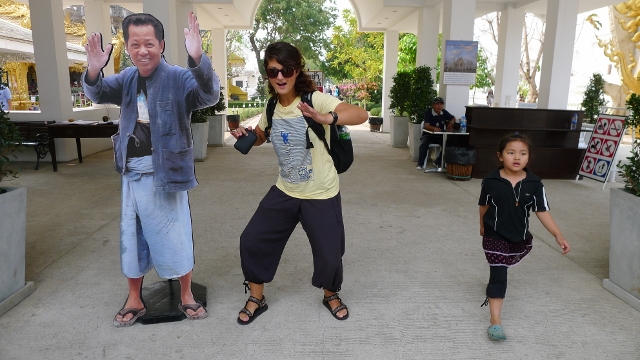 An incredible use of Spanish moss...

After Internet investigation, I found out it's called Wat Rong Khun, and it was conceived by acclaimed Thai artist Chalermchai Kositpipat. Construction began in 1997 and possibly finished in 2008, though some sources say it is still undergoing additions and won't be finished for another 100 years.

Check out some of the crazy details outside of this temple: 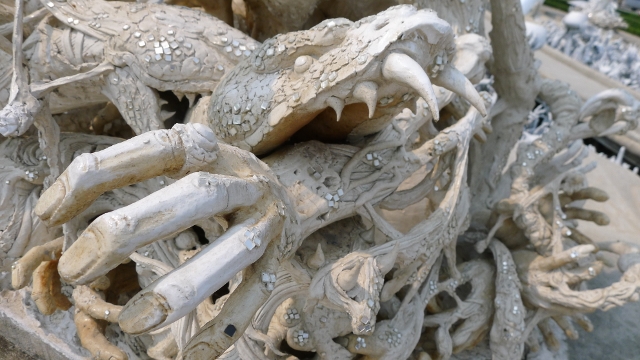 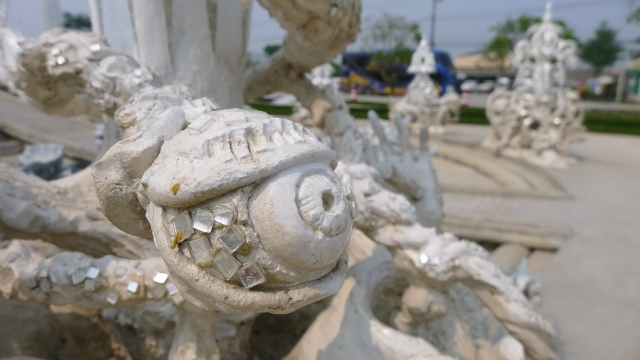 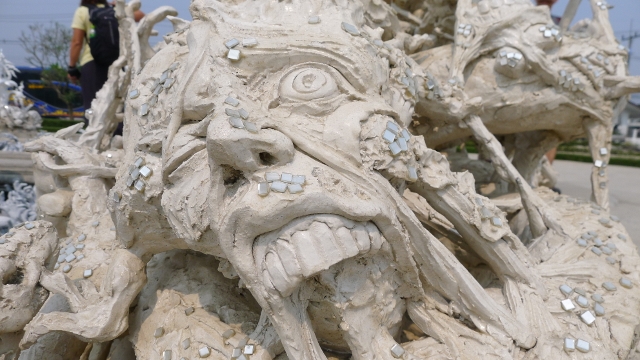 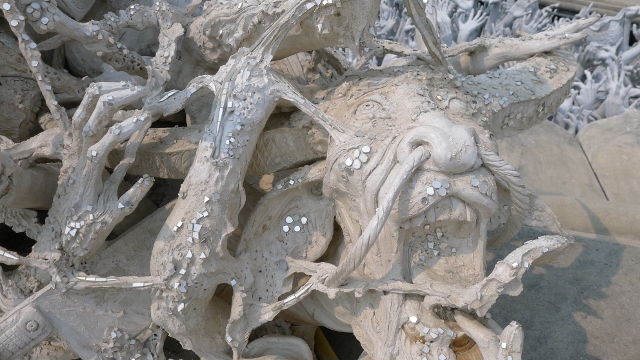 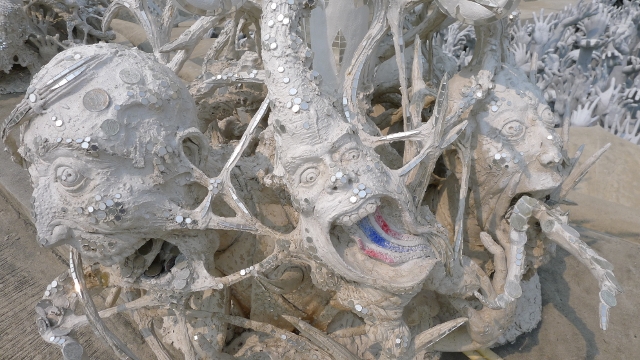 The bridge leading to the temple represents the crossing over from the cycle of rebirth to the Abode of Buddha. The small semicircle before the bridge stands for the human world. The big circle with fangs is the mouth of Rahu, meaning impurities in the mind, a representation of hell or suffering. [Wikipedia] 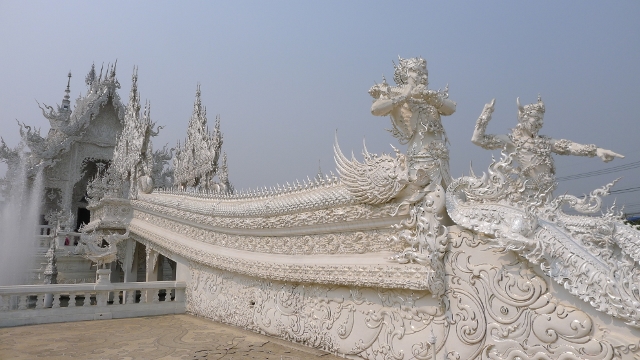 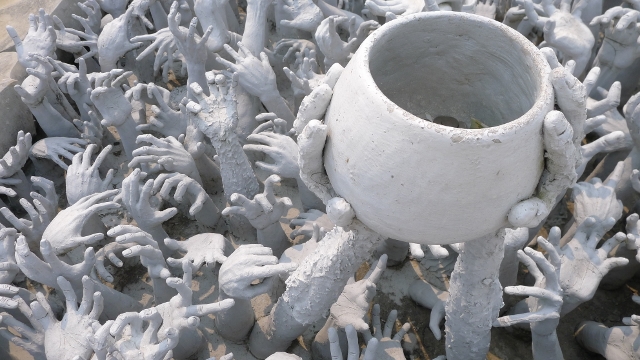 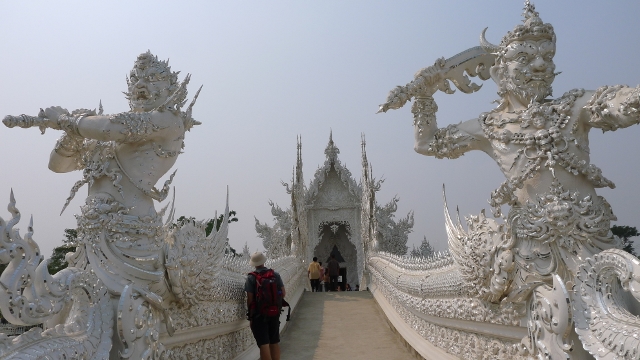 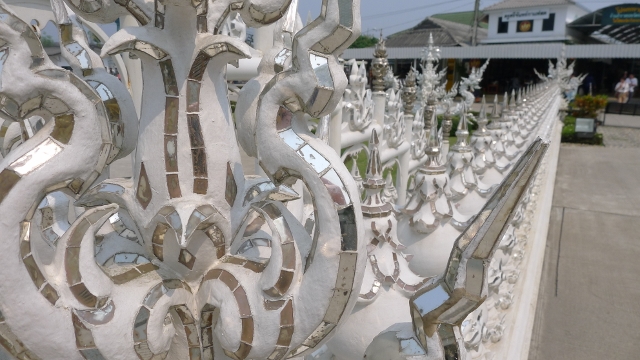 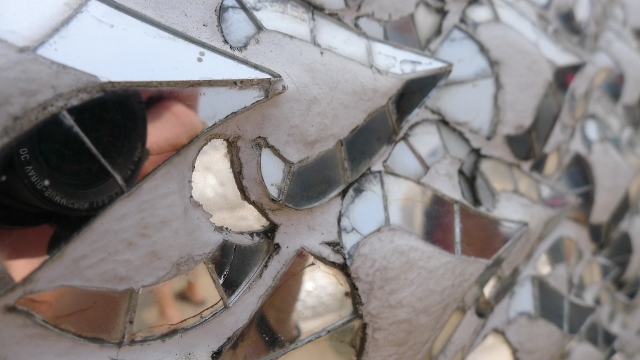 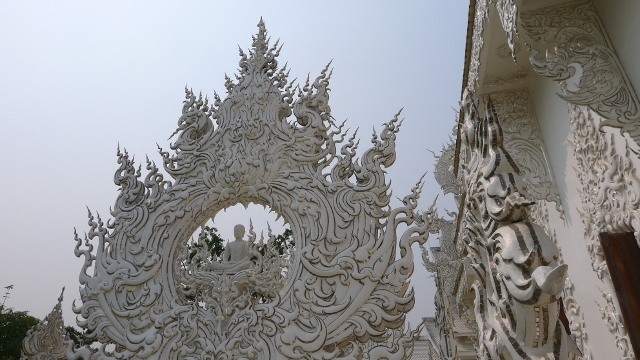 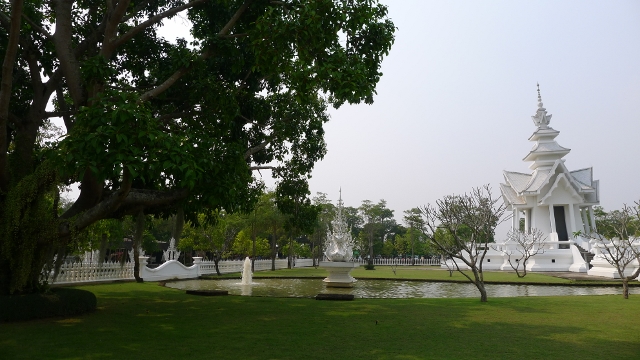 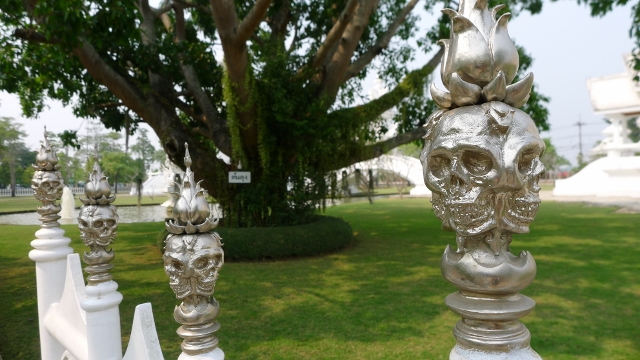 I'm not really sure what this was about, but people wrote things on these silver heart-like shapes and hung them from weird conical towers. 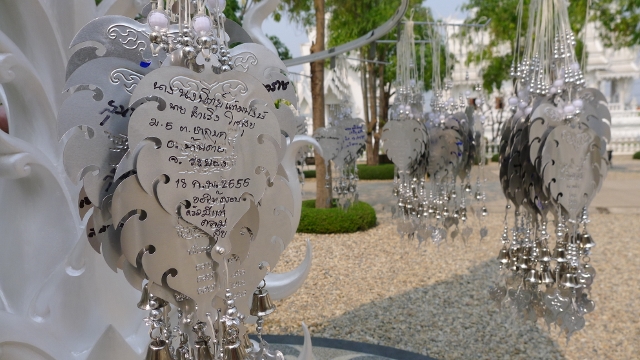 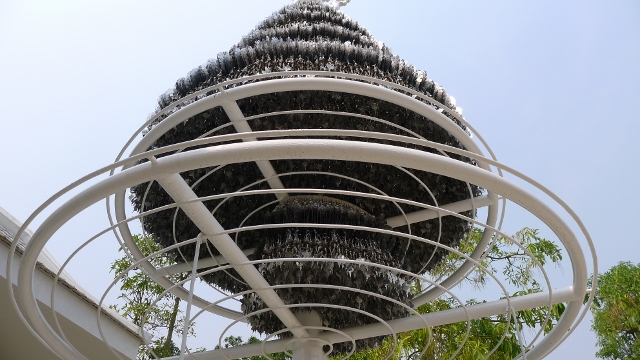 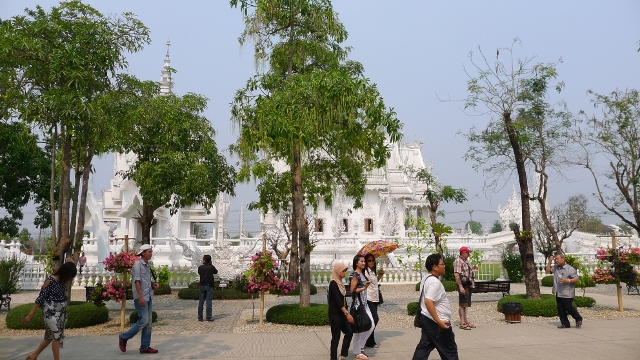 A "No Smoking" sculpture. 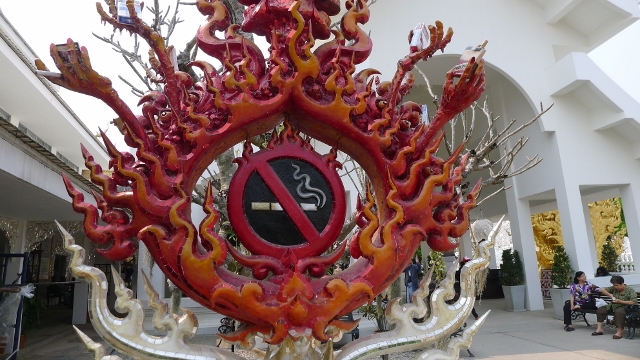 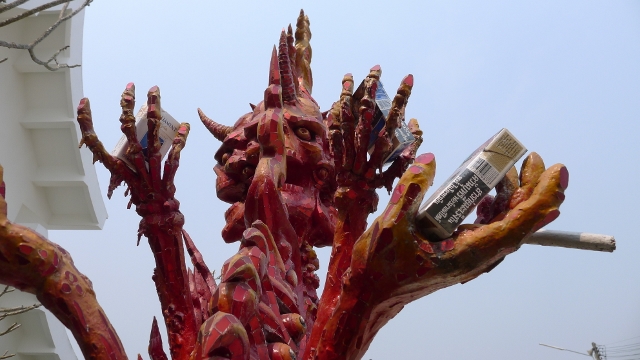 I'm so glad I was able to see something so cool and with so little effort--that doesn't happen too often. It was out-of-this-world ... I only wish I had more time to really take in all of its details and beauty. All the more reason to go back one day.