I went back to Bangkok with Daniel--back to the land of fruit smoothies, fresh-squeezed orange juice, incredible food, temples and cool cats.

Border crossings are never much fun. Daniel and I took a minibus from Siem Reap to Bangkok--it was actually a combination of trucks and minibuses. Below is a photo of Daniel after crossing into Thailand, right before he ate his first real Thai meal. 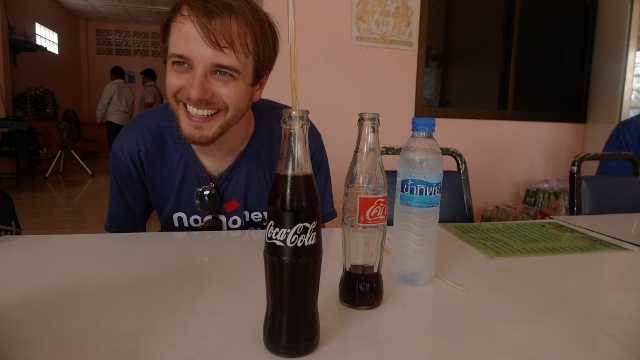 We went to a creepy museum called the Siriraj Medical Museum inside of the Siriraj Hospital complex. Photography wasn't allowed, but let me just briefly describe some of the things you encounter in the museum: deformed baby fetuses floating in formaldehyde, human elephantitis testicle (about the size of a large window A/C), mummified corpse of Si Quey, the cannibal serial killer who killed and ate around 30 Thai children in the 1950s, upbeat country music, a fake sushi restaurant (part of the parasite section), photographs of mutilated bodies, human skulls with bullet holes ... and more!

Local elementary school children are brought on class field trips to this museum. It was hard for us to learn because all of the descriptions were in Thai.

We checked out a few temples, including the giant reclining Buddha. 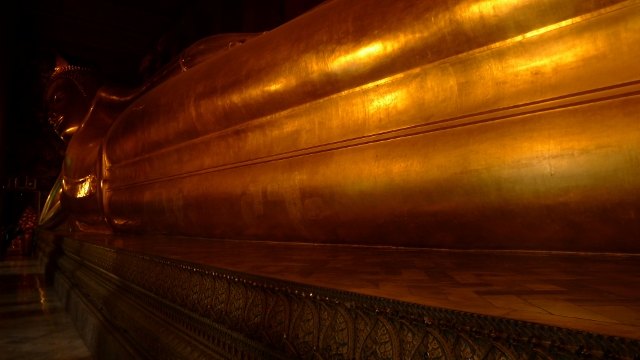 We followed a Lonely Planet walking tour through Chinatown that was incredibly difficult to follow, since there are no street signs (!) in Bangkok.

Next we checked out an Indian restaurant that was recommended in the Lonely Planet: Royal India. It was so delicious--some of the best Indian food I've ever had. Also, the restaurant was air conditioned--I really did feel like royalty during our meal. 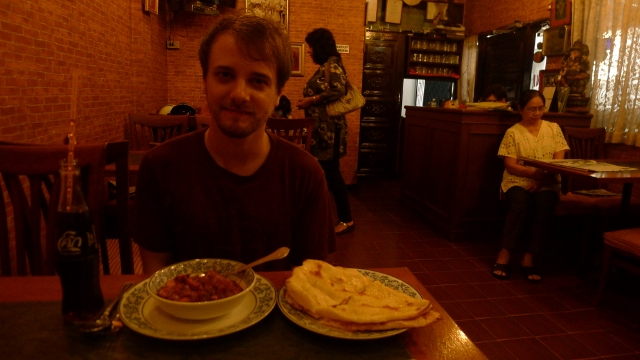 We also met up with Daniel's dad's friend and her friend one night. The four of us went to a nice restaurant and had a blast.

The best way to describe the streets is chaotic. People were hustling, driving motorbikes, pushing carts, selling things, buying things--you name it--in these tiny alleys. It was hard to handle after a while, especially with us getting lost every five minutes. Maybe we should have just walked around aimlessly instead of trying to follow the specific route mentioned in the book... 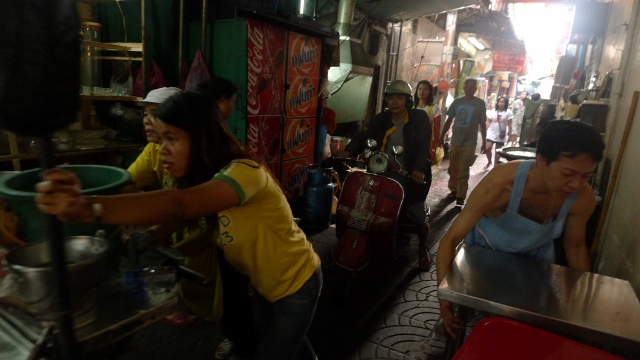 We walked through the machine shop area ... impressive piles of parts. 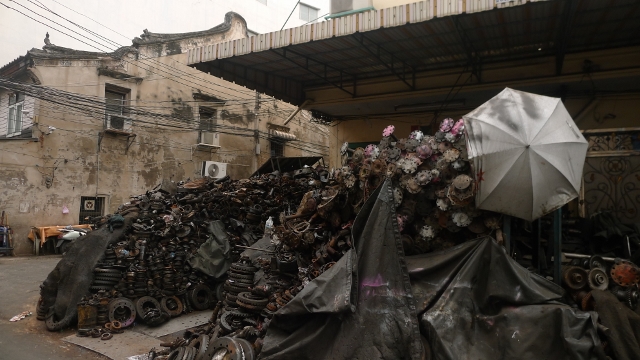 We hit up the Golden Temple and it was actually pretty cool, even after seeing multitudes of temples. 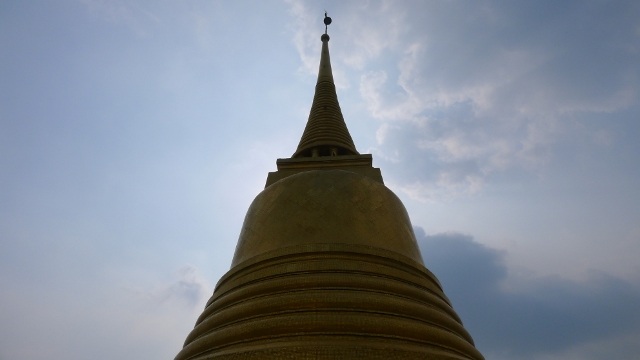 And we went to the Jim Thompson House Museum, which I would definitely recommend.

We tried to go to a Muay Thai match, but it was too expensive, so we went to Soi Polo Fried Chicken restaurant instead. 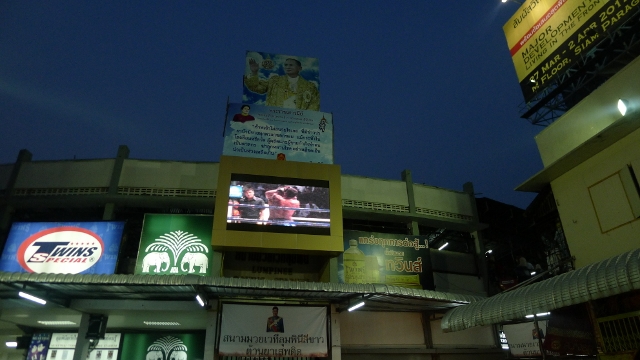 We saw the King being taken to the hospital! 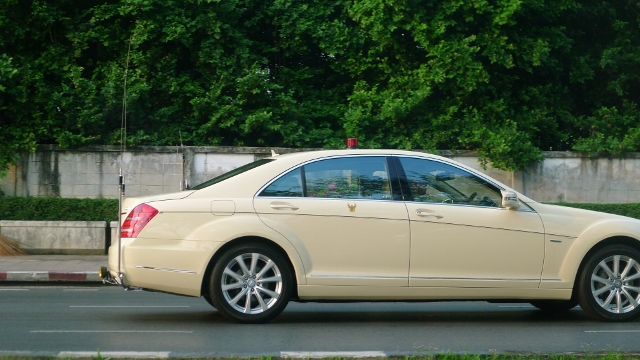 And we decided to get out of the city for a night, so we went to Koh Samed, an island about four hours outside of Bangkok (driving).

We rented a scooter, which was fun but at the same time kind of struggling because most of the roads on the island were unpaved with huge pot holes. There were times when I had to drive through shallow lakes that formed on the muddy dirt roads.

No reservation? No problem. We stayed at Ao Nuan Bungalows, a place with a private beach. Really cheap and really chill, I loved it. 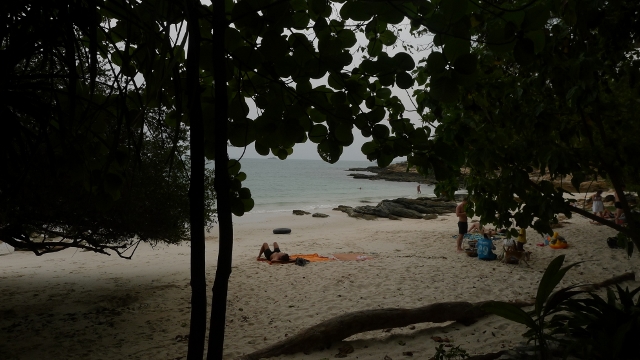 A bunch of (dare I say sexy?) ladyboys in G-string bikinis were prancing around on the beach when we arrived. 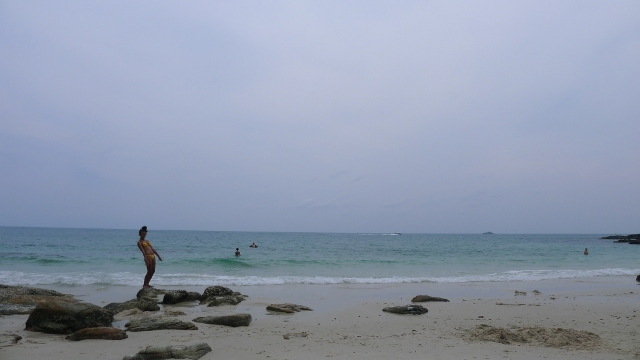 That night there was a wicked thunderstorm that lasted for hours. Maybe the thunder seemed louder because it echoed in the bay? The blinding light flashes followed by booming sounds were making my heart race. Eventually the sun started to rise, the rain let up, and I went outside to take some photos of the eerie sky. I tied plastic bags on my feet so they didn't get too sandy or wet--it worked like a charm. 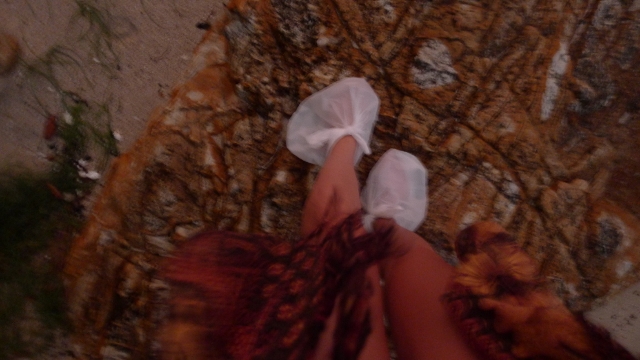 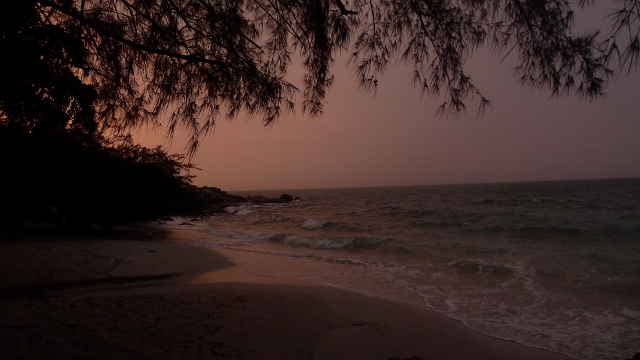 Monica and I are now in the Philippines and I miss Thai food and accommodation. The people are great here, but the food isn't, and the lodging is more expensive (for what you get) than the rest of SE Asia. We spent a week in the mountains and we're about to catch a flight to Bohol for some more beach chilling.