Of course we also had to check out the ancient city of Angkor while we were in Cambodia. We hired the same tuk-tuk driver that took me and Daniel to the floating village of Kompong Phluk the day before. He took the three of us to Angkor Wat, Angkor Thom and Ta Prohm. 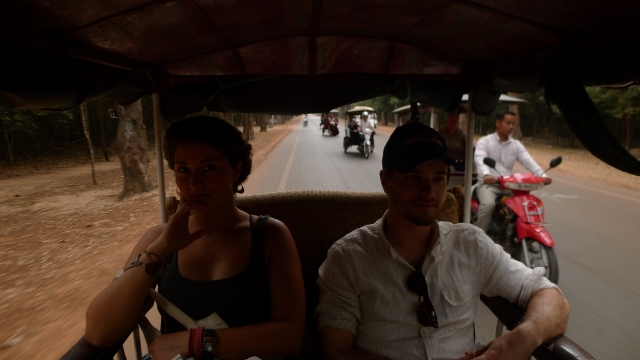 Angkor Wat was built by King Suryavarman II in the early 12th century. The complex is comprised of temples and libraries, and it's surrounded by an impressive moat. 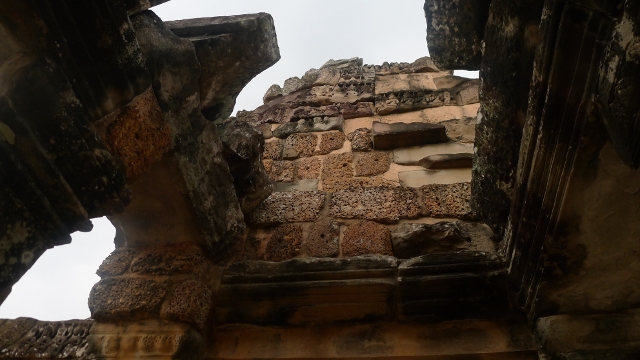 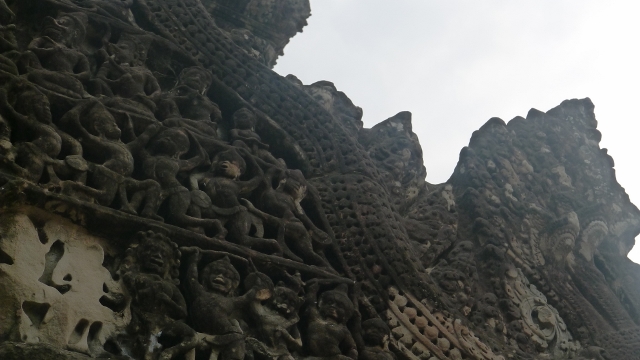 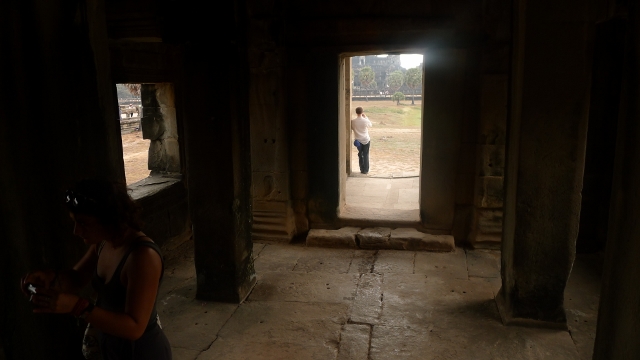 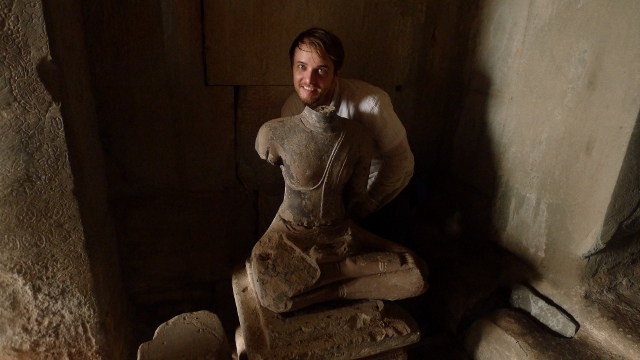 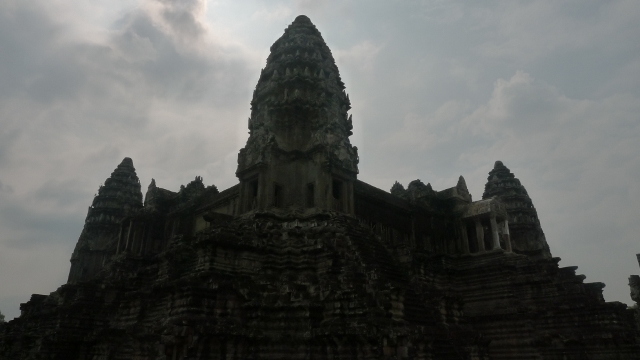 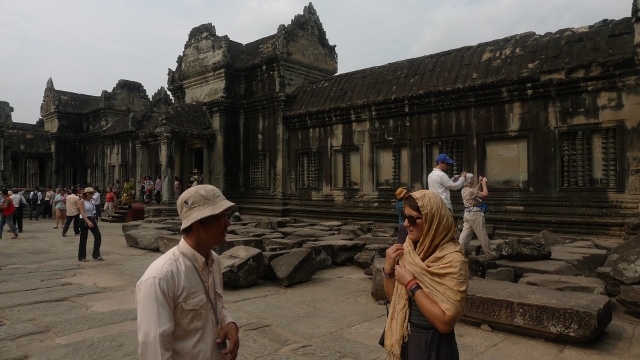 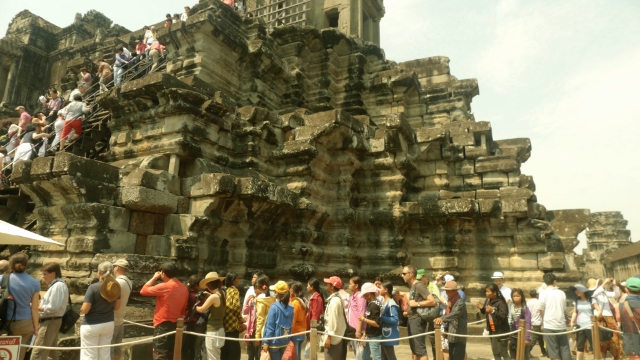 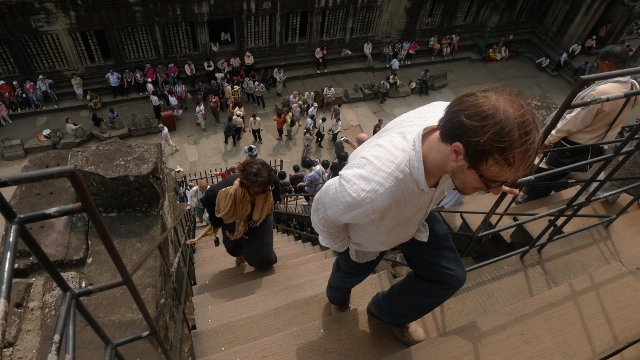 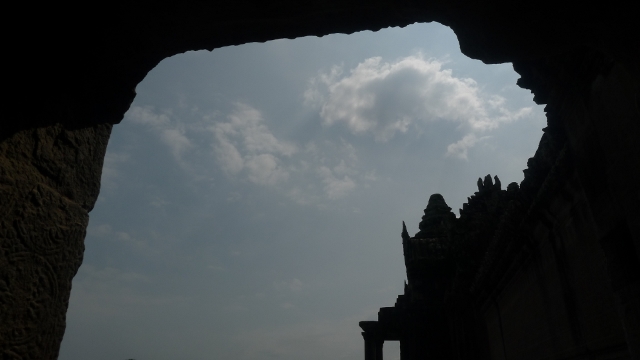 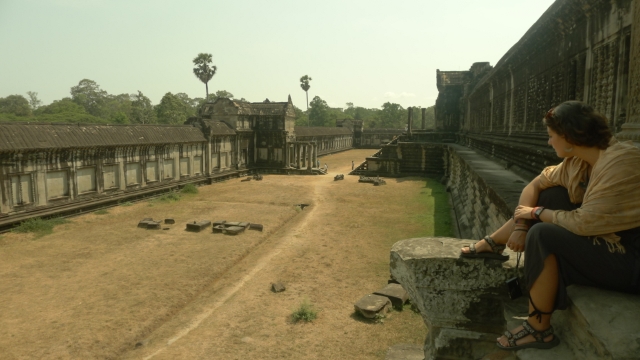 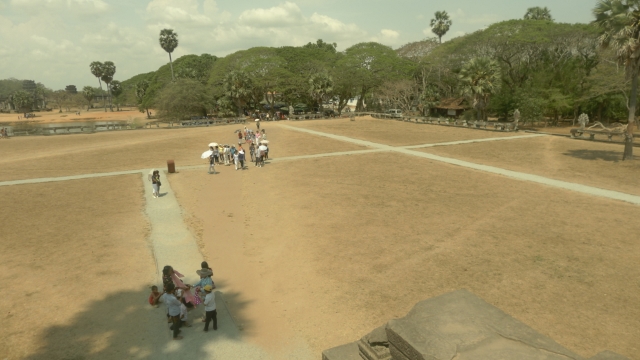 Below is a photo from Bayon--the main temple of Angkor Thom. I love these massive stone faces. 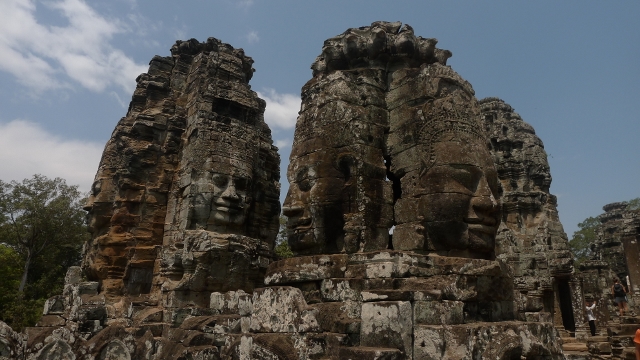 We saved the best for last: Ta Phrom, where the jungle is taking over. Many trees have been growing out of these ruins since the fall of the Khmer empire in the 15th century, when the temple was abandoned. 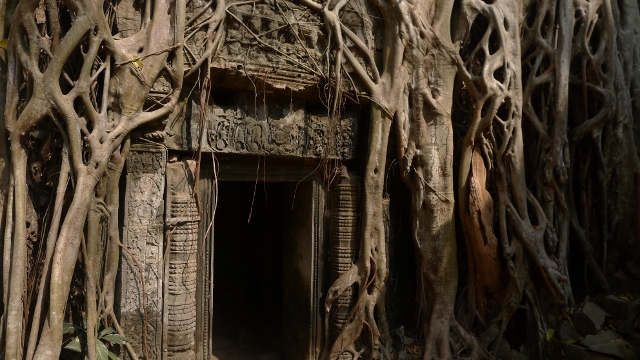 Below is a reclining Buddha, built into the side of the temple. It's a little hard to see, but the Buddha is facing the camera, with his head on the left. 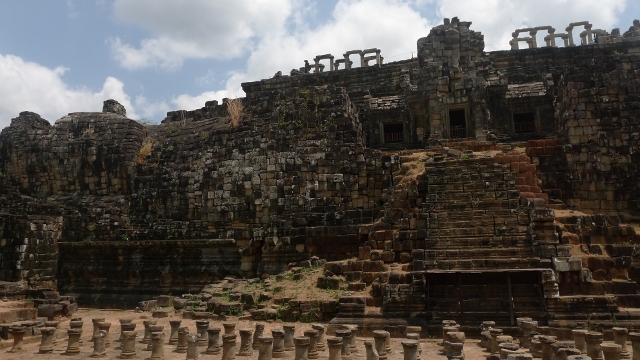 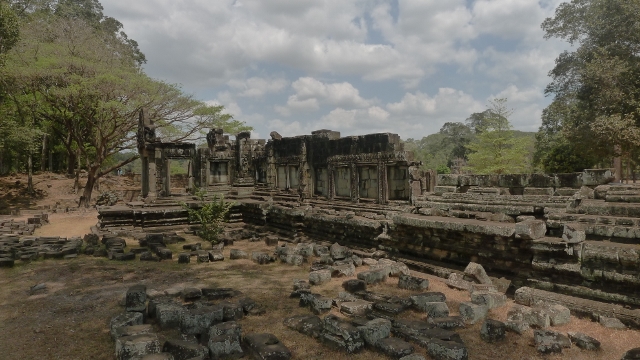 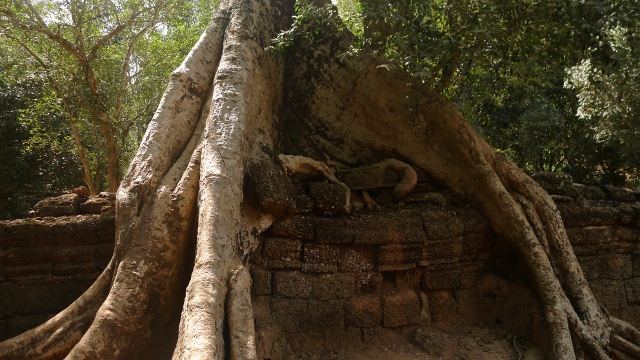 Parts of the movie Tomb Raider were shot here, which means Angelina Jolie was here! Can you believe it? 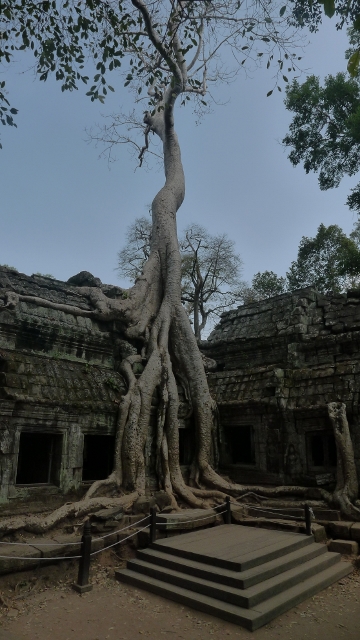 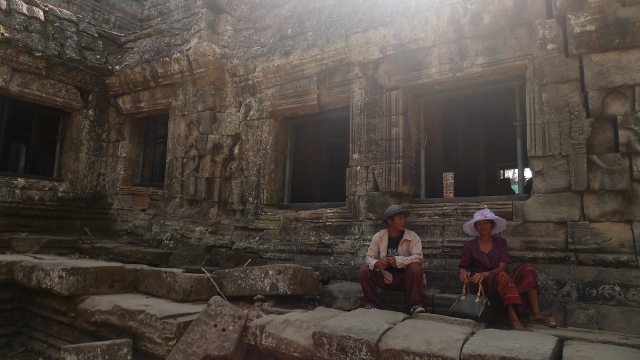 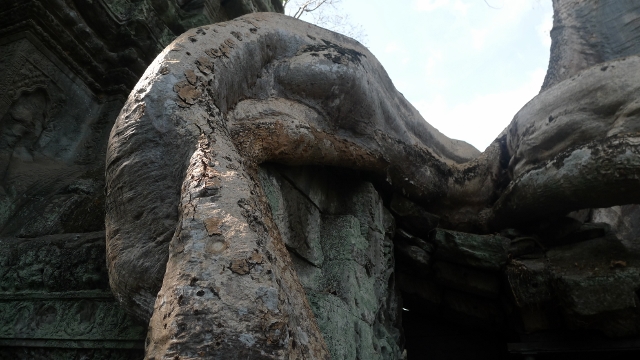 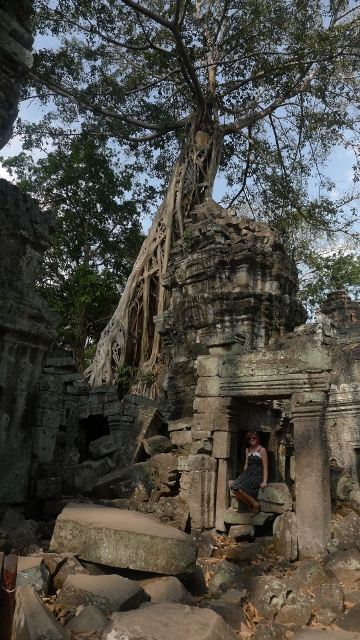 Daniel thought it'd be funny to pretend to pee on the temple... In reality, both Monica and I peed on the premises (behind the large stone wall surrounding the temple) because the nearest bathroom was over a kilometer away. 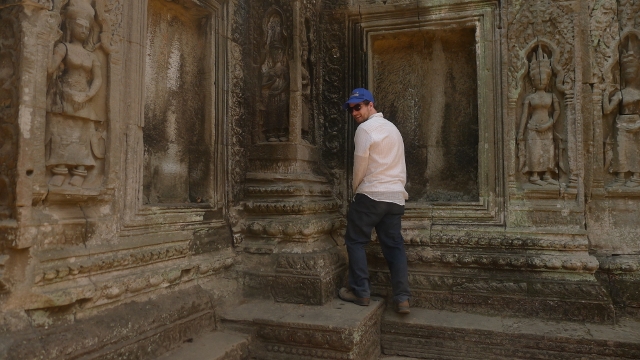 Later that night, the three of us got $3 outdoor foot massages in downtown Siem Reap. All chairs were facing a big TV that was playing an hour-long history program on Angkor Wat. A great idea--learning while you relax.

I can't wait to go back to Cambodia someday!
by anne