I enjoyed walking around and riding in tuk-tuks in Cambodia. The traffic was calmer and more manageable than in Vietnam. Motorbikes are still present, but there are fewer of them and instead many people use bicycles as their mode of transportation. 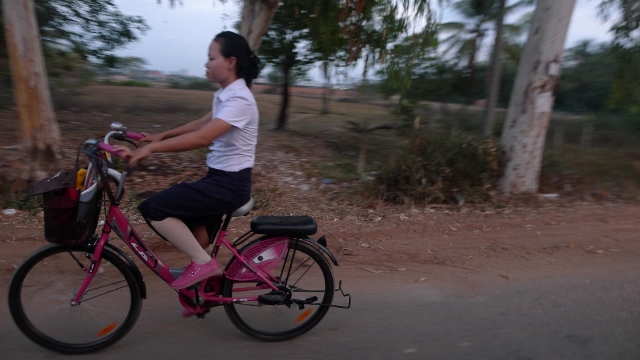 I photographed people riding their bicycles from my seat in the back of tuk-tuks in Cambodia, primarily in the area around Siem Reap. I like being able to go back to the photographs and examine the clothing of the riders, the way they protect themselves from sun and dust, their bicycle and also the things they carry with them and how they are carried. Usually they passed by in the span of one heartbeat, and that tiny glimpse didn't give me a chance to take in all this information. 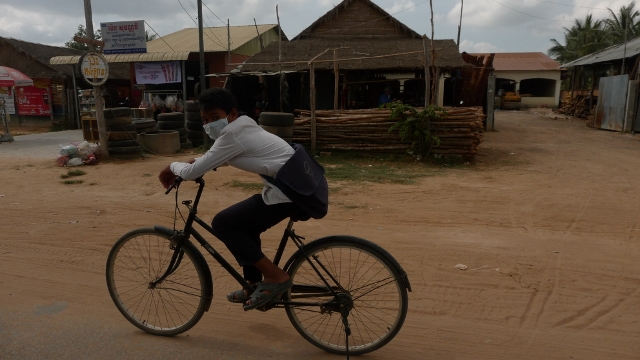 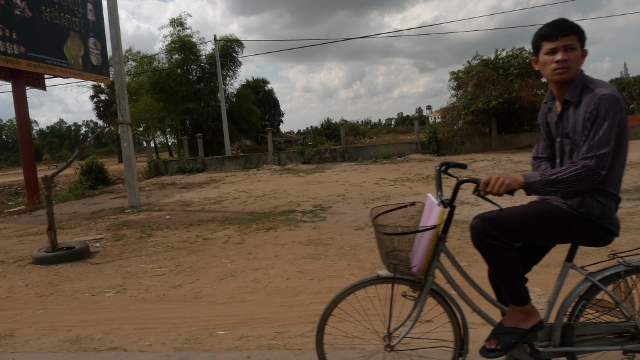 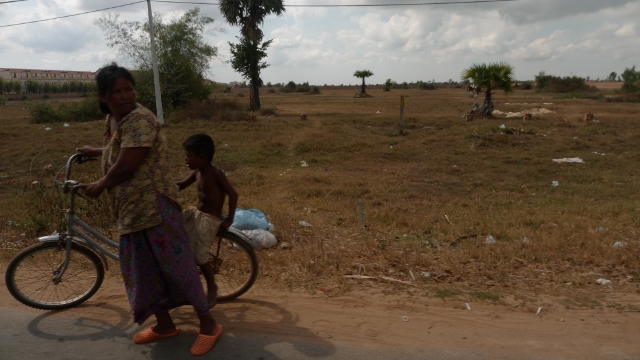 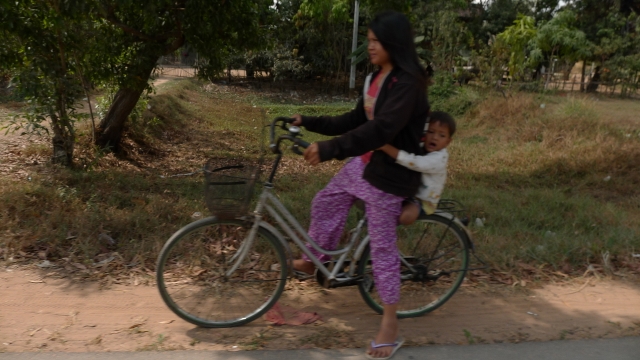 The heat doesn't seem to bother Cambodians and I never saw them sweat. Imagine 100-degree weather when you look at these snapshots. Where is their drinking water? 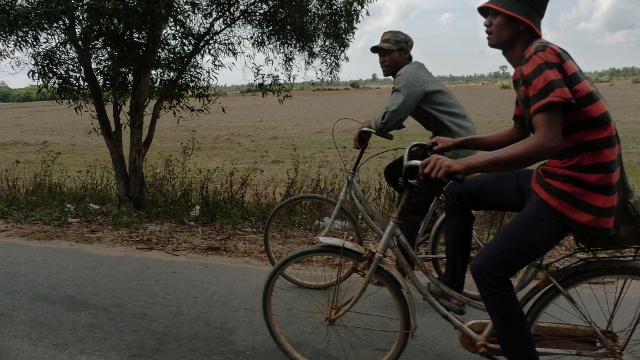 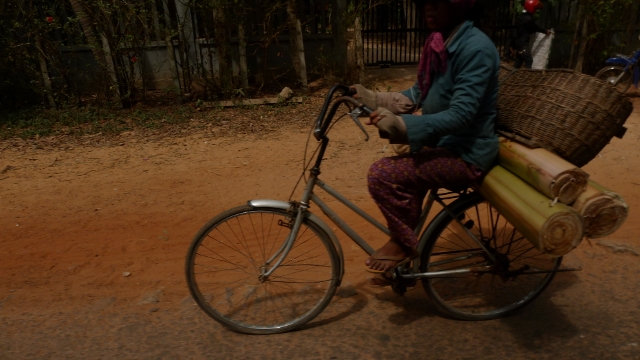 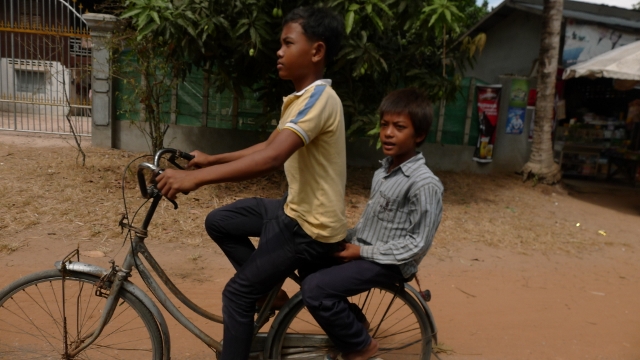 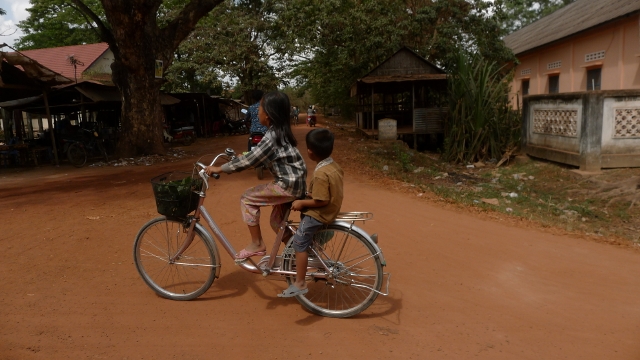 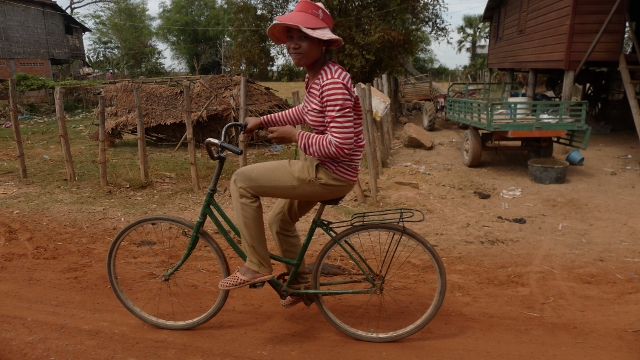 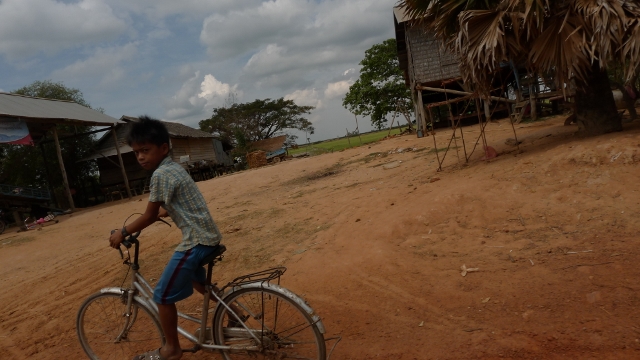 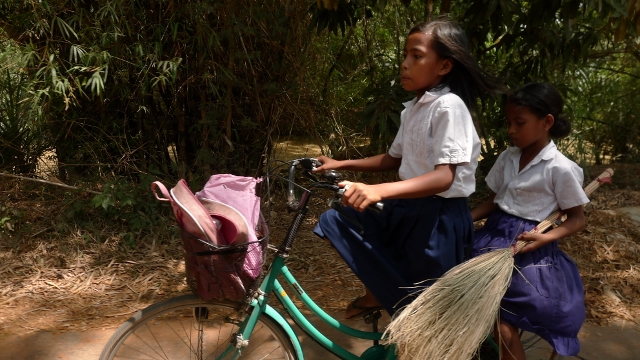 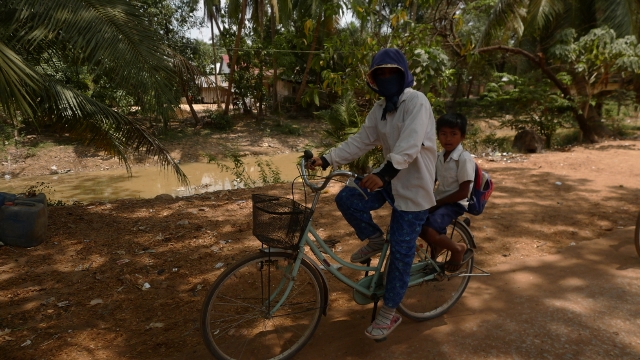 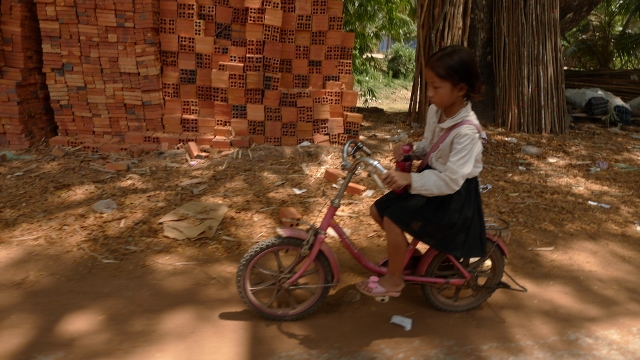 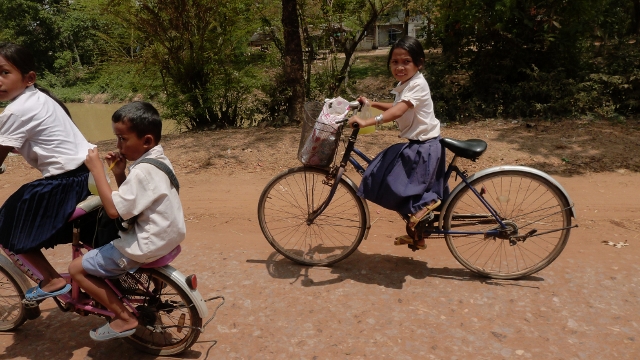 Originally, I wanted to rent a bicycle of my own to bike to Angkor, but I'm glad I ended up in the tuk-tuk instead because I probably would have passed out due to heat exhaustion. I developed (what I think is) a heat rash all over my torso while I was in Cambodia. It's gone now, in case you were wondering...
by anne