Monica and I made the most of our four days in Singapore. It wasn't an exotic location and we don't have any crazy adventures to share with you, but I do have a few photos.

I love how these boats are all facing the same way.

You can't miss the visitor's center, though I stumbled upon it on our last day in town.

Monica and I stayed at a hostel in Chinatown called Matchbox. It was a "concept hostel" and Monica has photos of us in our Japanese-style dorm sleeping cubes. How modern! The hostel supplied free breakfast all day long (cereal, juice, toast) and also had a washer and dryer for free use--very much appreciated.

Around the corner was a "hawker center," basically an open-air food court. Meals are cheap at around $4 USD for a portion of chicken, rice, vegetable and soup. We rounded off our meals with either a boba tea or a fruit shake, such as soursop/starfruit and fresh-squeezed sugarcane juice. Yummy. 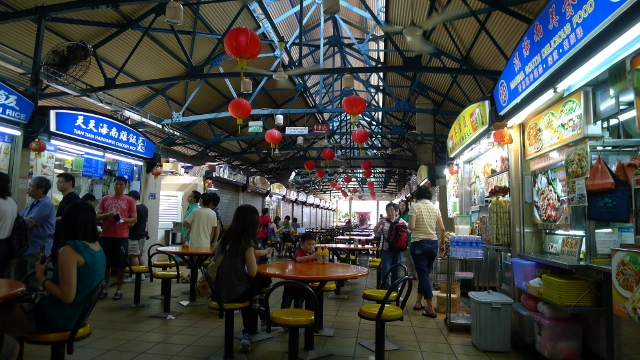 Singapore is basically one giant shopping center. Monica and I have a theory that in the future, the whole city will be an indoors/underground interconnected shopping mall. It won't take much to get to that point.

Might I add that Singapore's public transportation network is incredible. It's definitely the most futuristic and advanced subway I've ever ridden. All trains come in either six-minute intervals or three-minute intervals (during "rush" hours). Monica and I never experienced a crowded train, and we rode the trains at all hours of the day, weekdays and weekends. I believe residents are heavily taxed, supporting this public service.

Stepping outside the subway, we notice a music-video being filmed ... 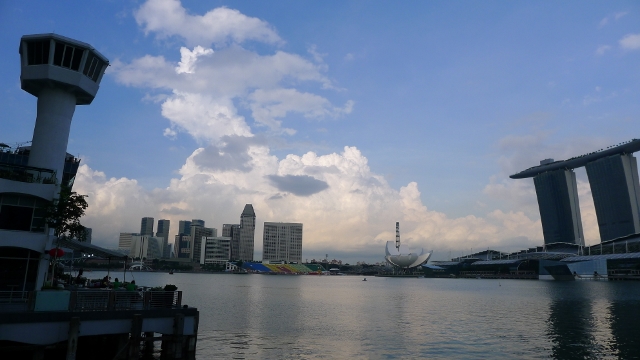 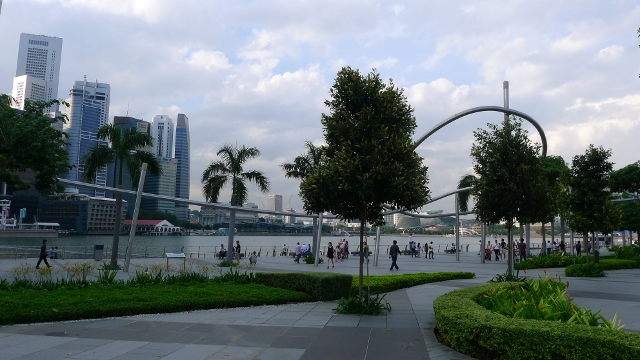 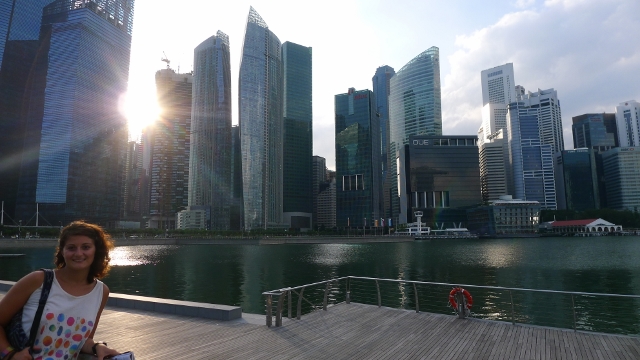 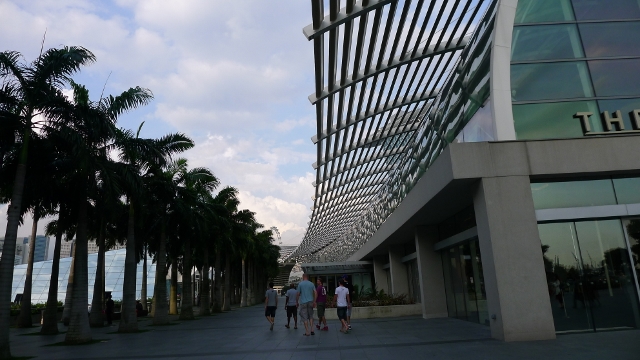 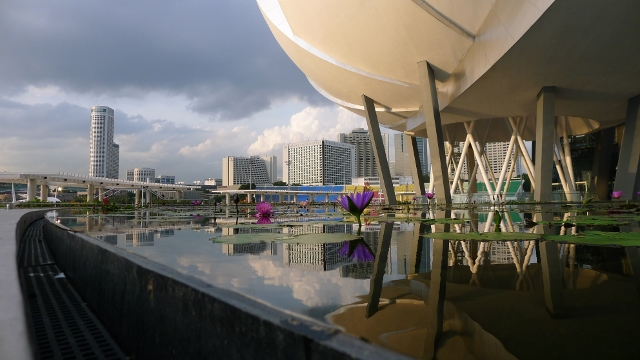 The Marina Bay Sands is a 2,561-room luxury hotel and casino, developed by Las Vegas Sands. It has everything you could ever want: In addition to the hotel and casino, there is a mall, exhibition center, ArtScience museum, two large theatres, seven "celebrity chef" restaurants, an ice skating rink, and the world's longest vanishing-edge swimming pool. We went to the top floor one night and it happened to be ladies night, so we each got one free drink at the bar--good timing! 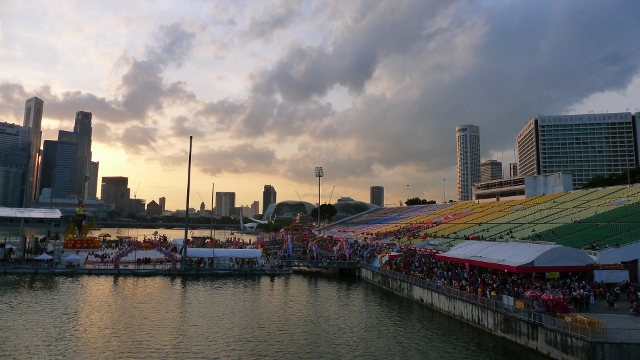 We happened to be in town for the week-long Huayi Chinese Festival of Arts, beginning after the Chinese New Year. We saw many musical performances, a puppet show and a Chinese acrobat performance. 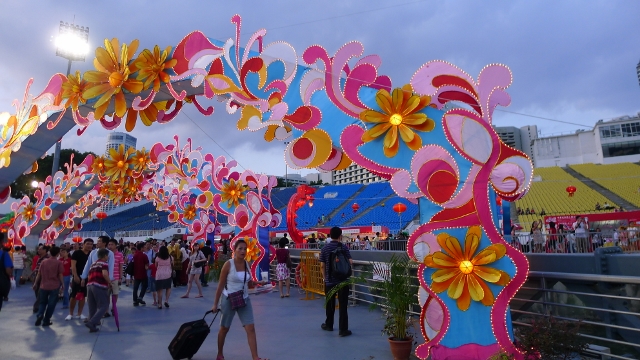 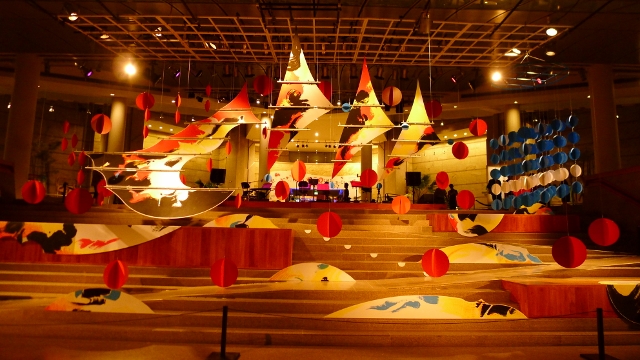 Below are a series of photos from the amazing acrobat performance. 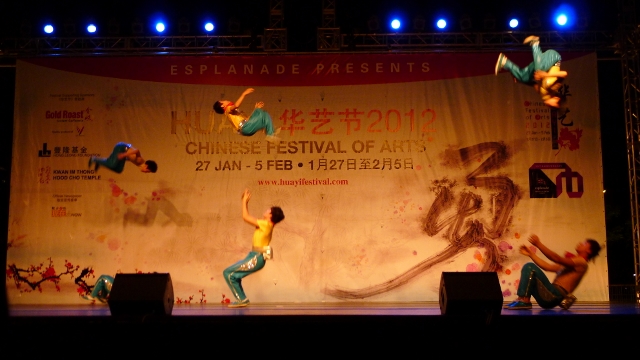 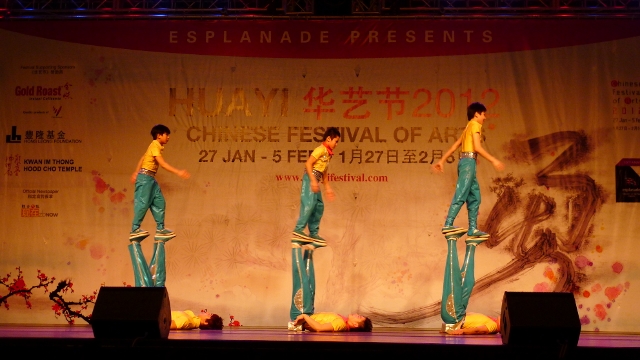 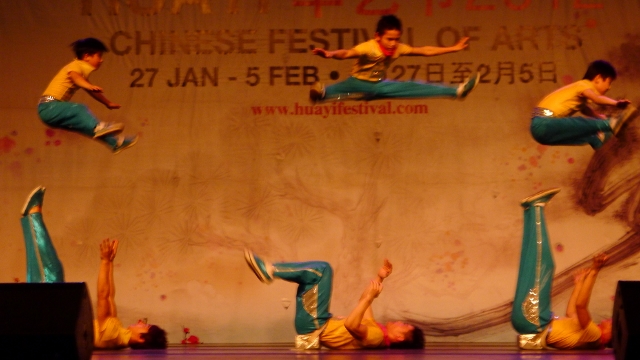 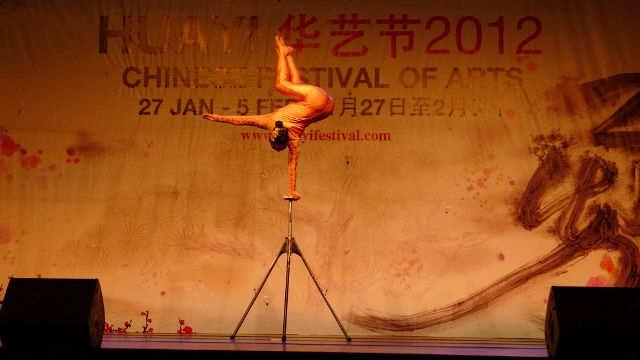 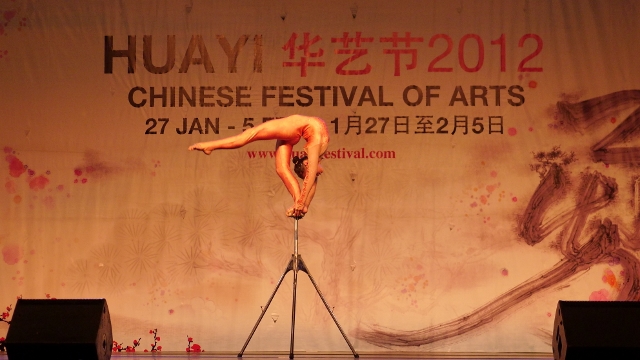 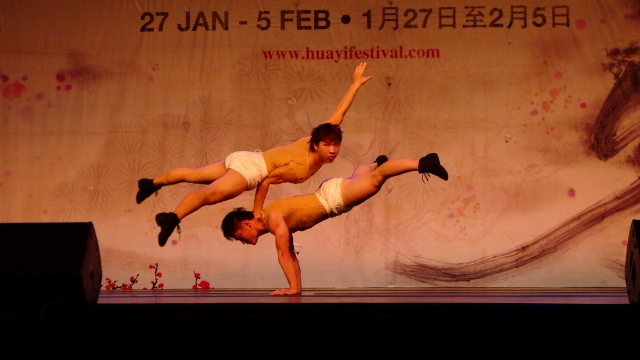 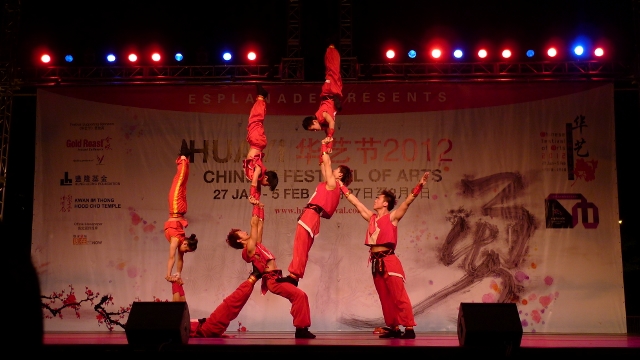 One day we walked around the Chinatown and Little India neighborhoods. 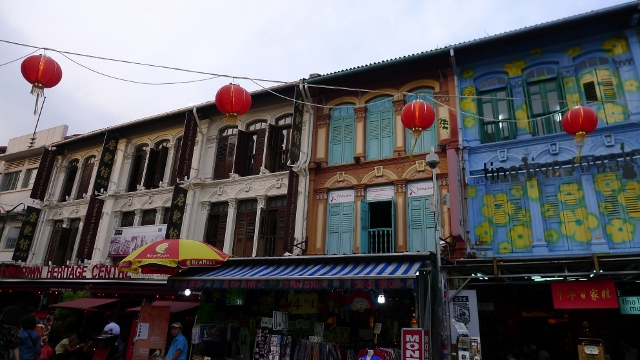 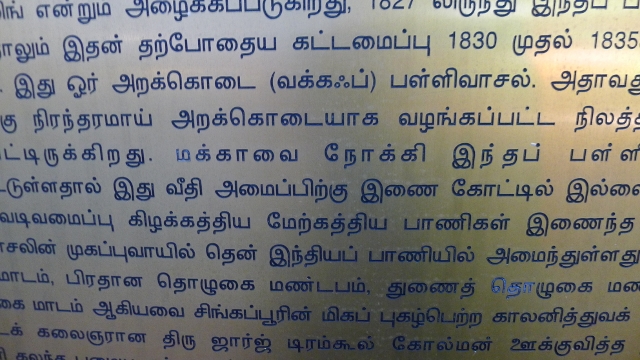 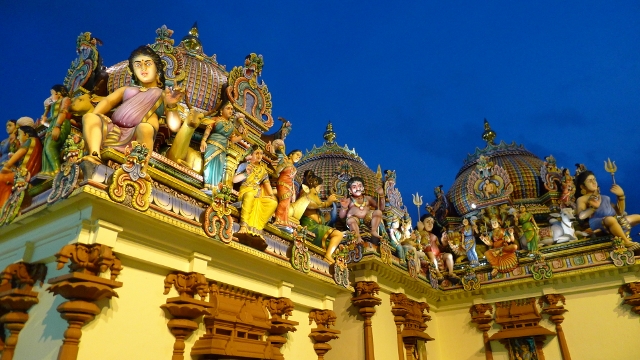 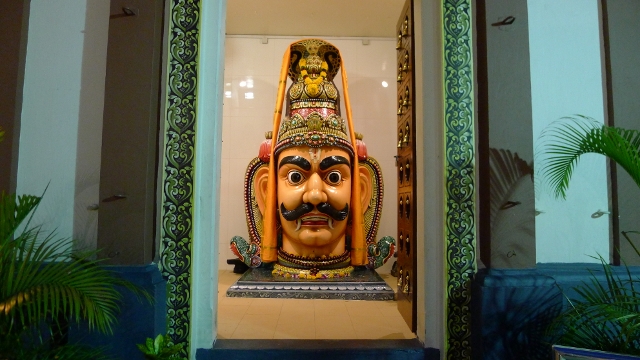 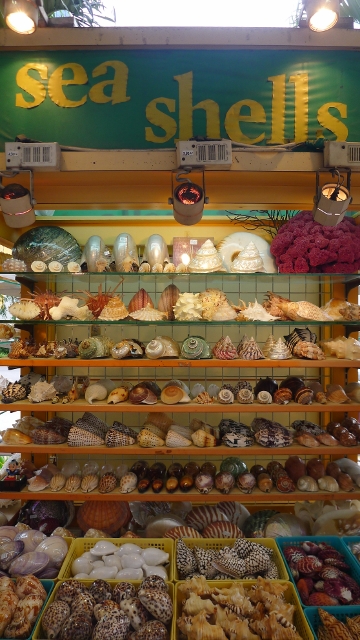 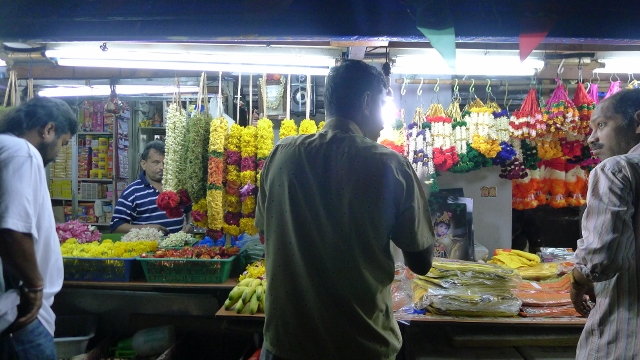 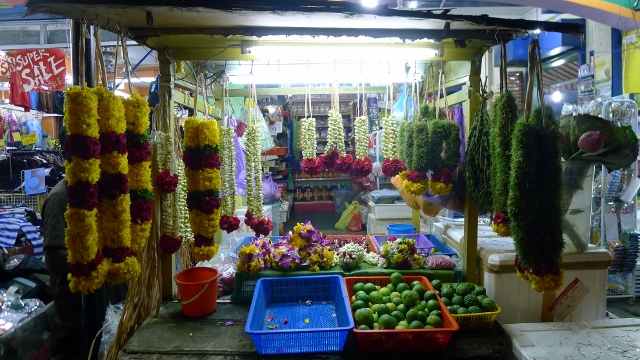 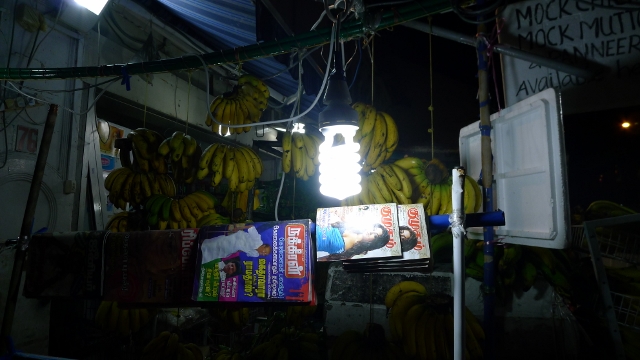 We walked alongside the river one day and went to two museums: The Asian Civilisations Museum (very well-executed museum) and the Peranakan Museum.

Ladies night at the Marina Bay Sands turned out to be pretty fun. 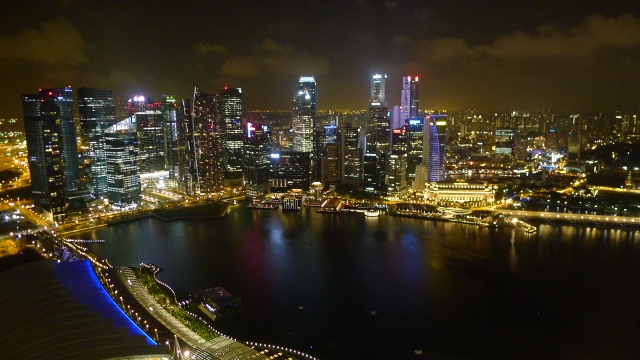 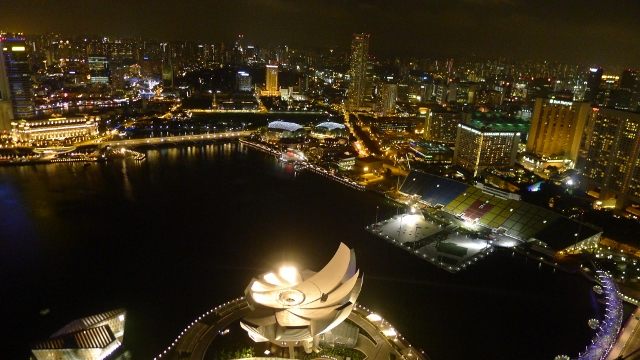 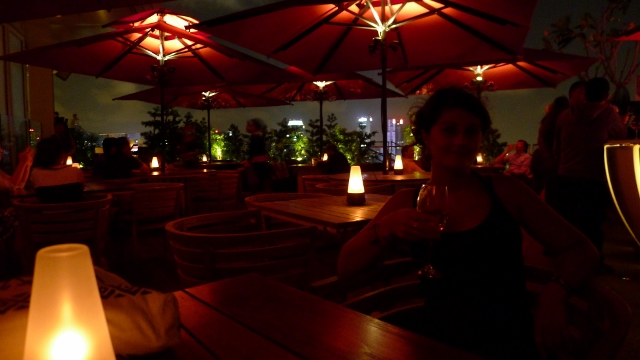 One day, it rained heavily for hours so what did we do? We went to a mall and watched "The Descendents" and drank a Starbucks coffee (not as good as in the U.S.). We both enjoyed the movie and would recommend it, though it does get pretty emotional. You will probably laugh as much as you cry.

Overall, I'm glad we experienced Singapore, but not being real "shoppers," we didn't take advantage of the best thing this city has to offer. I wouldn't make this a destination if you are looking for culture, but if you want to do some serious spending or are interested in seeing a semi-cheesy futuristic city, I would tell you to check it out. I wonder what this city is going to look like in 10 or 20 years ... probably laughably outdated.