On the last weekend of September I was invited at the very last minute to join a bunch of nutty Germans and some other fellow Europeans in celebrating Oktoberfest at a farm outside of Petaluma. I had no idea what to expect - but I ended up having a blast, meeting a lot of interesting people, laughing my heart out at kids being goofy and saying funny things, eating tons of delicious German food and drinking my favorite wine in the world: Grüner Veltliner. 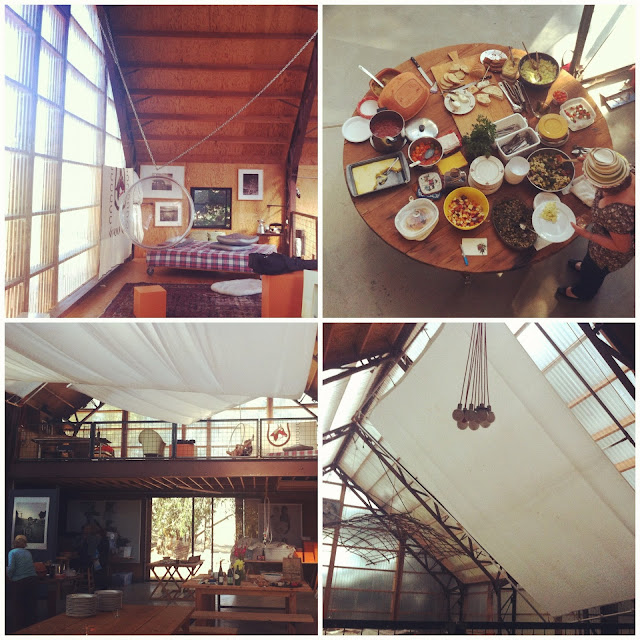 The party took place at a farm and inside an old wood barn, which apparently used to be almost falling apart, but then got renovated and turned into a photo studio. The photos above kind of give you an idea of how beautiful this location was. A wide open space, with tons of natural light, due to the fact that some of the walls and ceiling were a double layer of transparent plexiglass, this place stole my heart. It's one of those places you see in alternative living magazines and you always wonder if they exist in real-life, and were not just staged for a photo-shoot. One day in my future adult life I hope to own or live in a place like this. It's pretty much on my "dream life" accomplishments checklist. 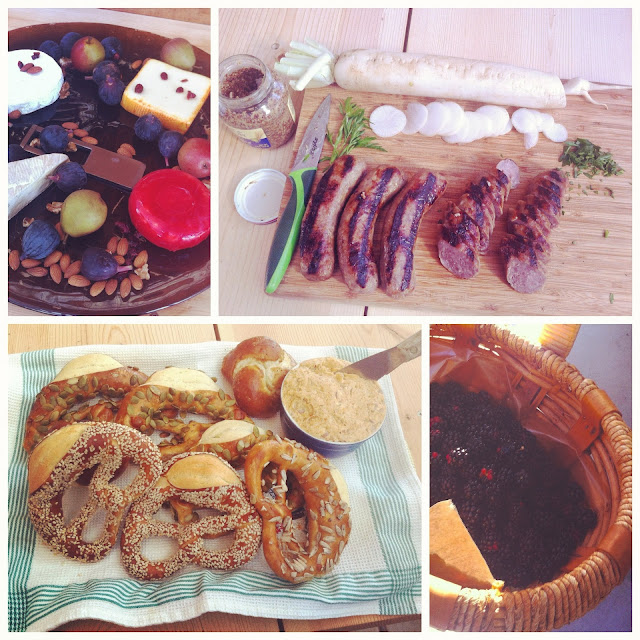 The photo collage above gives you an idea of some of the yummy foods that could be had at this party. Bottom right image shows a basket full of blackberries that one of the party attendees had just picked from the bushes outside. A little bit about Oktoberfest from our friends at Wikipedia: "Oktoberfest is a 16-day festival celebrating beer held annually in Munich, Bavaria, Germany, running from late September to the first weekend in October. It is one of the most famous events in Germany and is the world's largest fair, with more than 6 million people from around the world attending the event every year to descend on the beer tents of Munich to celebrate the 16-day Oktoberfest extravaganza. To the locals, it is not called Oktoberfest, but "die Wiesn" - after the colloquial name of the fairgrounds themselves. The Oktoberfest is an important part of Bavarian culture, having been held since 1810." 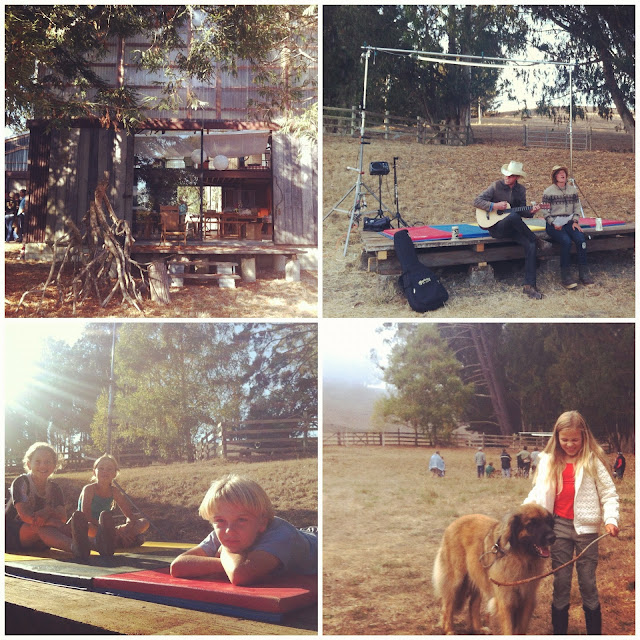 And another collage showing some of the surrounding area and the beautiful kids, dogs and teenagers that were there. Another day in paradise! 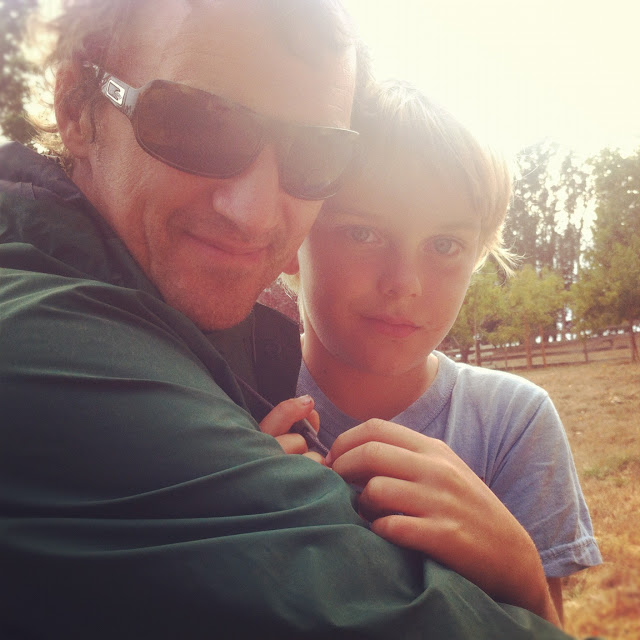 Erik and his son Julian, as adorable as it gets. Or maybe not... just wait until the end of this post for ultimate adorableness. 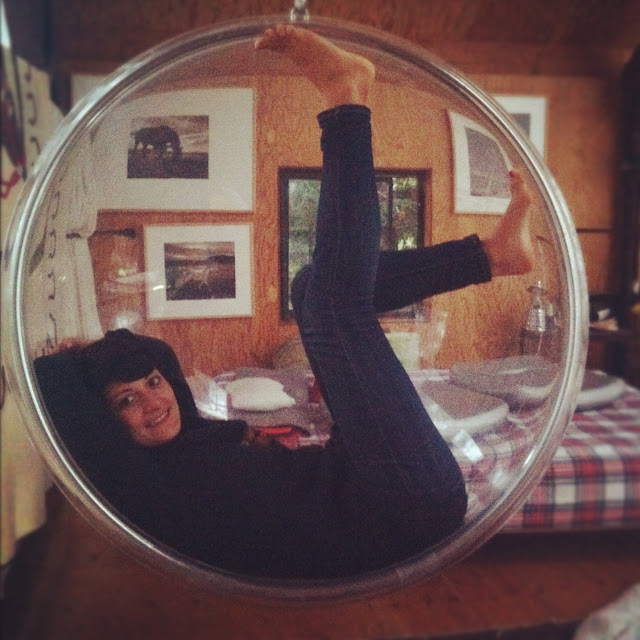 Hanging out in the loft at the top of the barn. 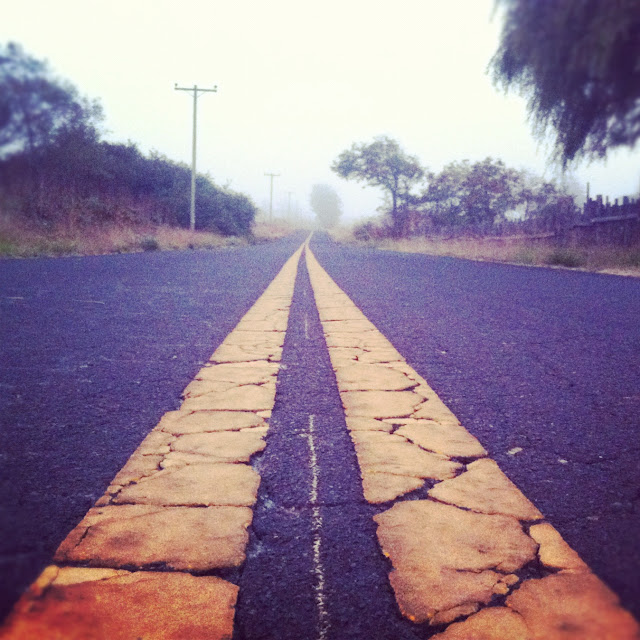 On the way out the fog started rolling in and what started as a gorgeous sunny Indian summer day quickly turned into a typical moist and foggy San Francisco day. Oh well, you can't have it all. But on the flipside, fog makes for really dreamy pictures. 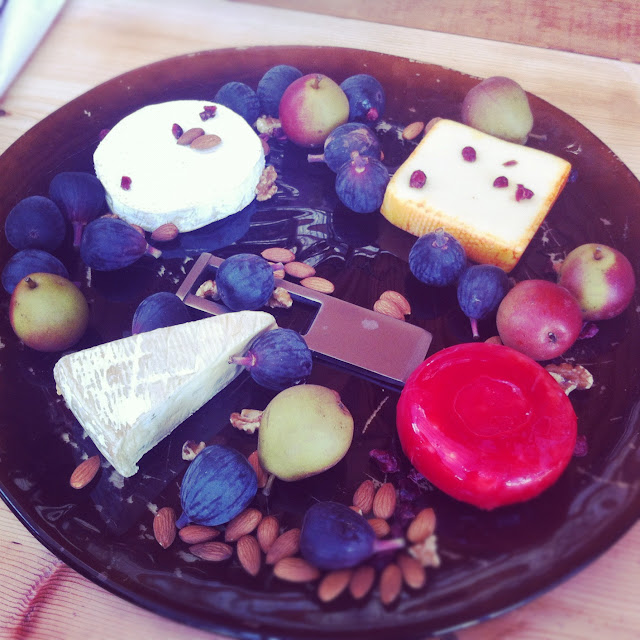 Nicola, one of Erik's friends, brought this artsy cheese plate. 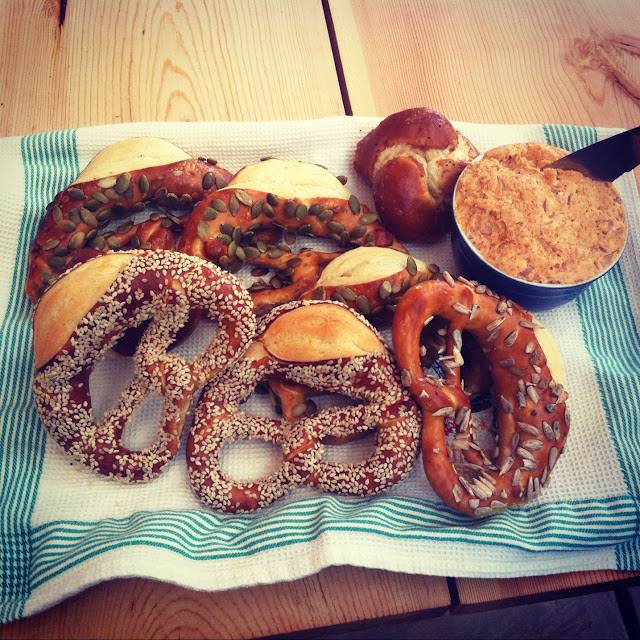 And home-made German pretzels. I can't even begin to describe to you  how delicious these were... especially with that buttery/oniony/cheesy spread, which must be something traditional that I'm not familiar with. 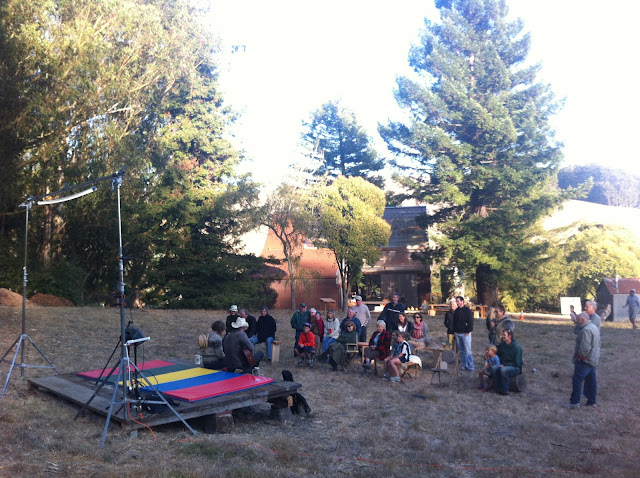 In there afternoon there was some singing and performing outside on a cute made-up stage. I really loved all the effort the house owner put into organizing this event. 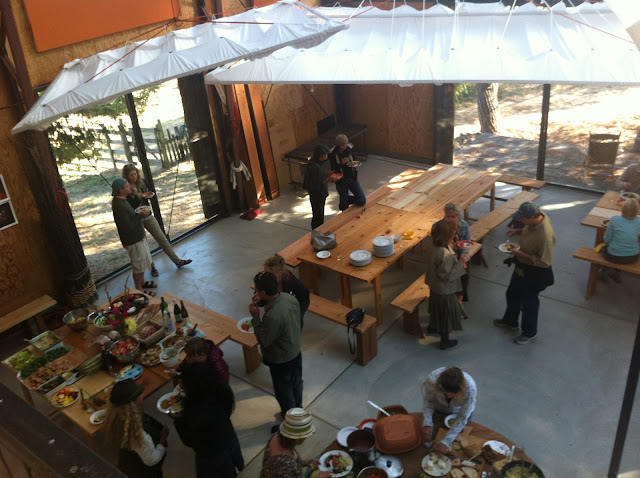 And this is the barn area seen from the loft above... so much food! And all of it was so delicious! 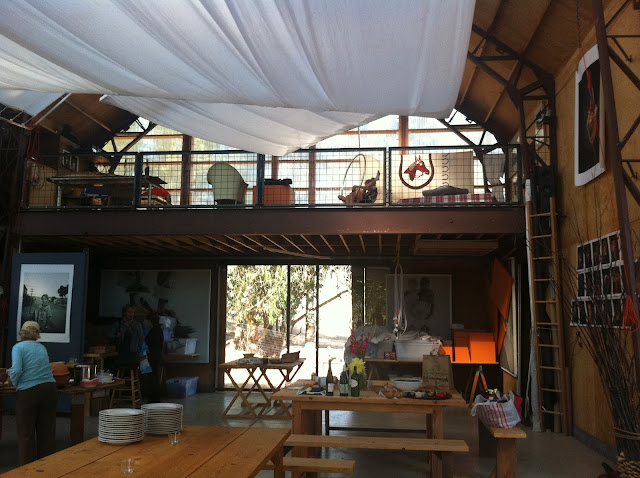 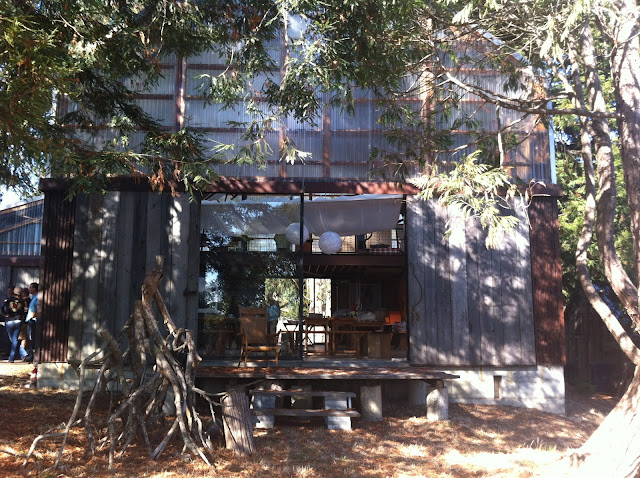 The barn seen from outside, with a nice wooden deck/porch area, just perfect for sipping your early morning coffee and reading a book. 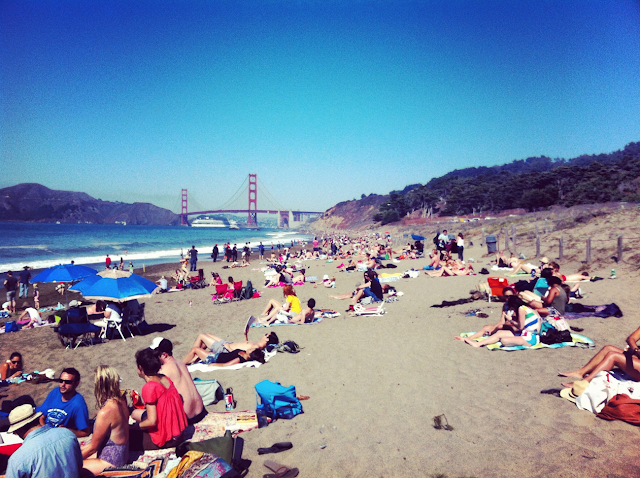 The next day marked the beginning of a heat wave in San Francisco, with temperatures of around 80 degrees. If you don't live in SF or don't know much about its weather, you can't quite comprehend how special it is to have 80 degrees weather. We cherish it like a mysterious goddess that shows its face to us only a couple of times a year. Sunday was one of those times - and locals flocked to beaches, parks and any other places you could sit outside. We went to Baker Beach and it just so happened that as soon as I got there, a giant cruise ship was going underneath Golden Gate bridge. Also, I can't begin to express the feeling of absolute freedom and exhilaration you get when riding in short shorts and a tshirt. 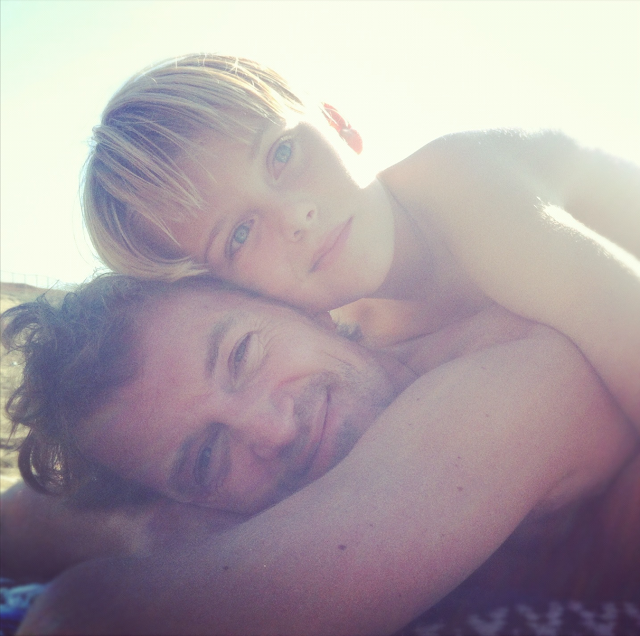 And as promised, for those of you who made it to the end of this post, here's the other pic of absolute adorableness.