A Weekend in LA: Gang Wars and Pool Parties


Ever since I came back from our trip, I promised myself to leave town every weekend. San Francisco is usually cold and foggy in summertime and since I'm unemployed, I'd like to maximize the funemployment as much as possible. I spend the entire week in front of a computer applying for jobs, so I don't feel too guilty for switching off adult responsibilities and switching on hedonism over the weekend. 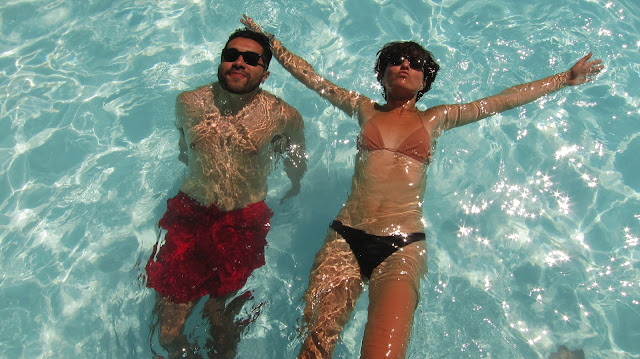 So far, I've been out of town 4 weekends out of 5: once to watch an RV Demolition Derby near Clear Lake, another time to watch and photograph my dude friends riding dirt bikes outside Yosemite, once to camp by a river with 30 of my friends and, most recently, to get wavey poolside with LA's infamous Swim Team. Next weekend, we'll be doing a 2-day hike up the Lost Coast, so stay tuned for some breathtaking coastal California shots.


The decision to go to LA came quite spontaneous. My friend Heather was planning a camping trip in the Big Basin area, close to Santa Cruz. Unfortunately, not too many people RSVPed, probably because they were still tired from the previous weekend's camping trip. At the same time, it happened that our friend Renee from LA kept posting enticing photos of herself and her friends lounging in pools or swimming holes. They got me all drenched, so I picked up the phone and texted Heather: "Let's drive to LA this weekend!" So we did. 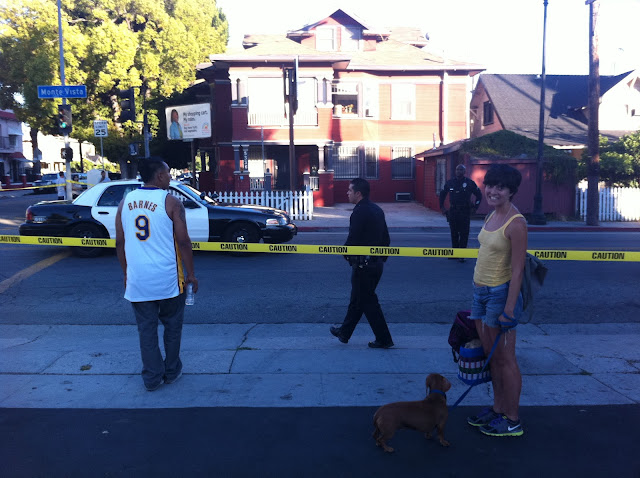 As we pulled up to Cristina's house in Highland Park, her entire block was taped off and surrounded by 10 police cars, several ambulances and two firetrucks. I always wonder why they need so many fire trucks at a crime scene... We parked around the corner, and tried to walk to the house, but the police wouldn't even let us walk on the street, let alone get inside our own house. Cristina was out too, so we ended up hanging out on the sidewalk for an hour, eating jicama sticks with salsa and dreaming of the cold beers in our bag that we couldn't open, as we were surrounded by waay too many cops. People kept walking up to us and asked us in Spanish what happened. We had no idea either, but it looked pretty serious. Later we found out, according to LA Times, that one person was killed and another wounded in a gang shooting that occurred only minutes before we arrived there. What a great welcome, Los Angeles! It really felt like the movies. 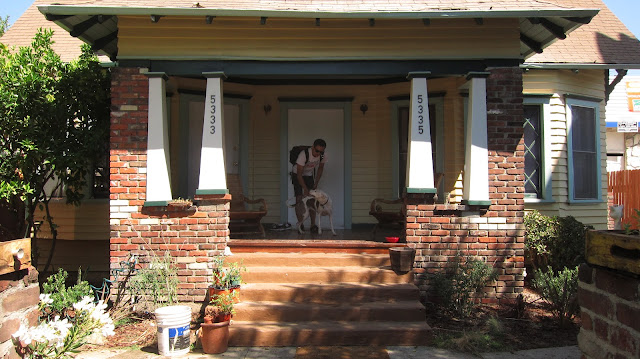 Cristina's neighborhood, Highland Park, is located in south east LA and is cheaper, but has more gang violence. It's also predominantly Latino, so all store signs, restaurant menus and street conversations are in Spanish. It felt like English is not used at all in those parts, which somehow I really liked. The neighborhood is very pretty, with beautiful old houses perched up on hillsides. It reminded me a lot of Berkeley, with a Latino flavor. 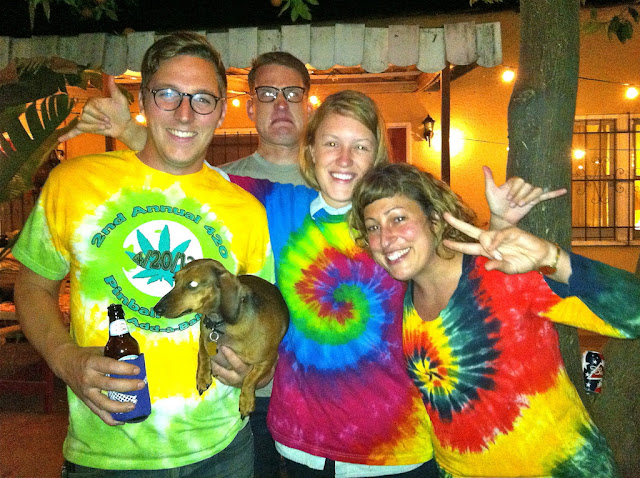 After the police finally let us into the house, we went to our friends' Nik and Anne's BBQ. They live a few blocks away - it's the new cool neighborhood for artsy kids, with cheap rent and bigger houses. At this said BBQ, Heather wore her new tie die hoodie, which inspired the others to bring out their own and led to a fun photoshoot involving surfboards and dogs. 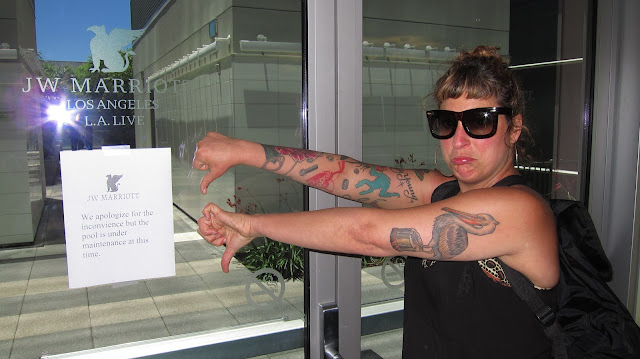 The next day, Steve took us on a typical LA Swim Team adventure. The best pool in town was unfortunately closed for maintenance, so we had to suffice with a lesser pool. The pool itself was nothing to write home about, but we got to hang out with many of our dear Latebird friends and had a great time. 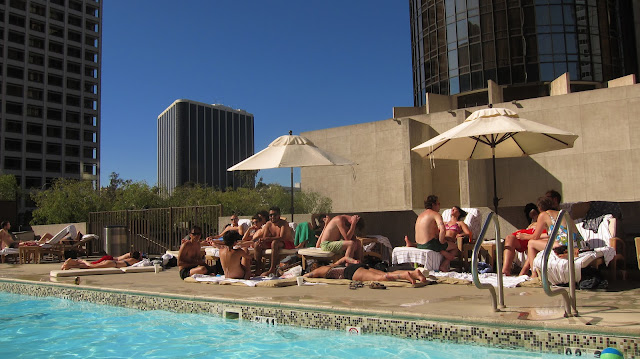 Crashing hotel pools should always be done with around 20 friends. Below, a few more snapshots of the day. 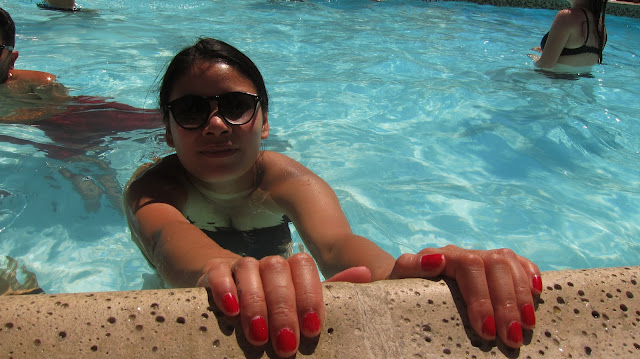 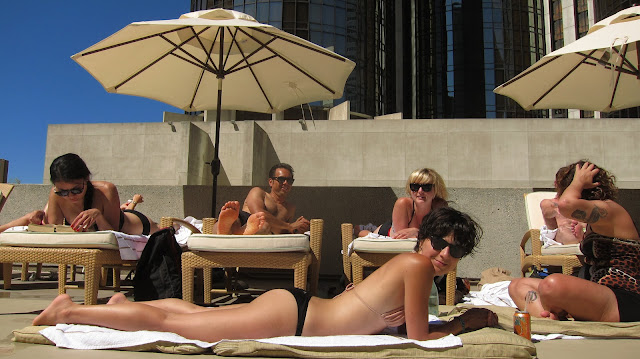 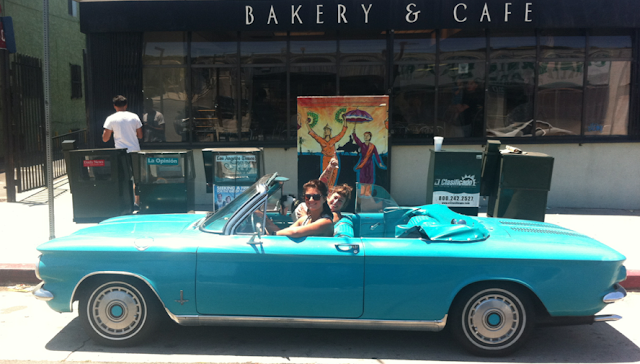 The next day, we drove around running "errands." By "errands" I mean going to a soda shop, a Cuban pastry shop, a leggings shop and a frozen yogurt shop. Yup, that was our agenda for the day, not including the 6 hour drive back to San Francisco. We didn't drive around in this beautiful vintage Corvair, we only took a few photos in it. It was parked right outside the Cuban bakery. The owner of the car saw us drool at it, so he offered to take a few photos of us inside the car. That was really sweet of him. 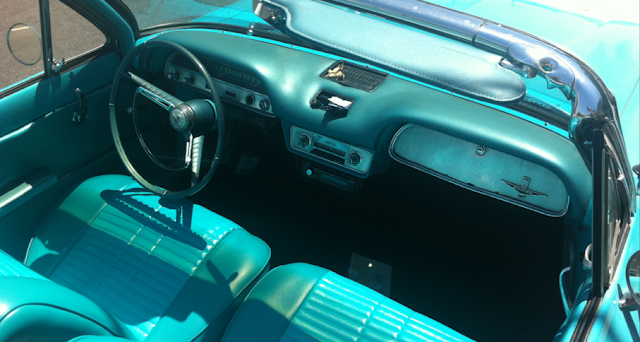 This automobile is 100% tiel. Every single detail is painted tiel. Of course it reminded me of our friend Annelise - so Ansel, if you read this, please know that we miss you!

At the recommendation of our friend Nik, we stopped at Galco's Soda Pop Stop, a unique store that carries over 400 types of sodas and beers from all over the world. The store is like walking down memory lane, with flavors like mint julep or molasses root beer and brands that hail from places like Hawaii or Jamaica. Here's some interesting details on the store and its owner:

"The passion for soda began when John F. Nese was a child. His father's best friend owned a soda pop bottling plant where John loved to visit in the 1950's. At that time, he also spent his summers at Happy Camp. It was here that he would dream of how he could hook the natural, bubbling spring water, add syrup and siphon it to his elementary school's drinking fountains. In 1995 John began increasing his assortment of sodas not only out of love, but also as a protest to some of the larger soda companies that were not offering him the same prices as his larger competitors. He figured why not support other small businesses such as his own?" 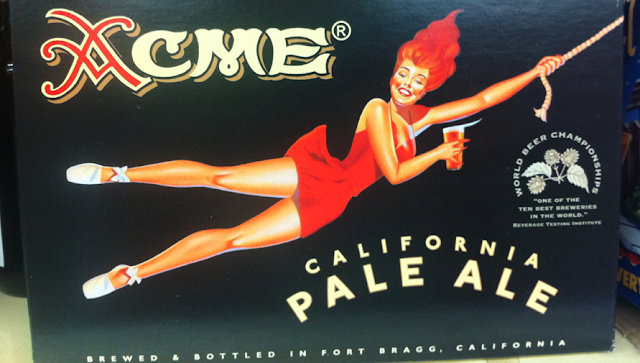 "It took a few years, but the idea finally caught on! People started journeying from far away places to get a look at the store with over 400 sodas. We were honored to appear on PBS's "Visiting with Huell Howser" and the Food Channel's "Unwrapped" series and German Televison (to name but three of our various television appearances). We have also appeared in Sunset Magazine, The Los Angeles Times, The LA Weekly, The Tokyo Times and various other newspaper features. He has also been a guest on the BBC and the Canadian Broadcasting System. Over the years, we have received letters, phone calls and e-mails from people relating their stories of where they were and what they were doing when they had their favorite soda for the very first time. John's love of history and trivia extends to his sodas. People who visit the retail store are impressed with his ability to share an interesting fact about any soda of interest." 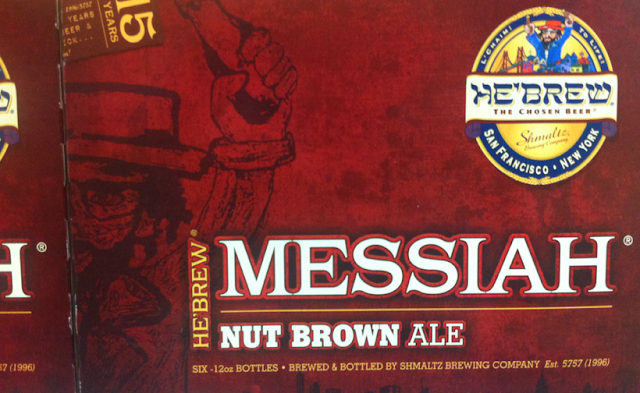 I love the genius copy of this brand: "He'Brew" and "The Chosen Beer." Hopefully the Christians will not mis-interpret "Messiah" for Jesus, because as far as I know, this Messiah is yet to come... 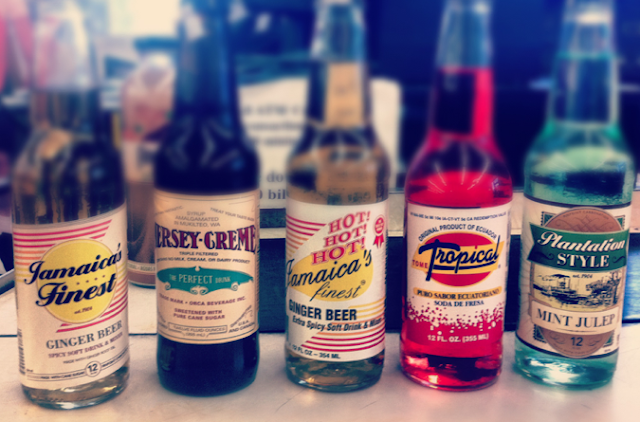 Some of the soda bottles that I purchased at Galco's. I loved the vintage design of some of the labels, and I honestly bought them just for the labels. I will probably not drink them, but display them somewhere on a shelf in my house. 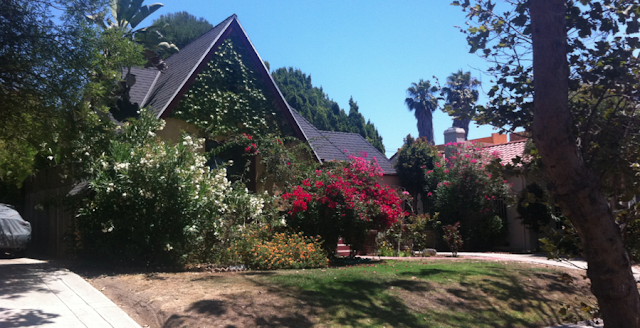 We later went to Melrose for a bit, to get some legging shopping done at one of the world's biggest legging shops. I ended up not buying anything (unemployed, remember!) and not taking any photos inside the store, but imagine a place that has hundreds of leggings in different colors, patterns, fabrics and colors. It's legging heaven over there! The residential streets around Melrose are out of a fairy tale: cute little cottages and houses, green lawns, tree canopies. Considering that Downtown LA seems so 3rd world, the houses in the Melrose area are a dream. I'd definitely love to live there, if I were to ever live in LA.

Funny to see a Chinese restaurant called "Mao's Kitchen" in the heart of Melrose. Consumerism makes Communism chic. After we got done with our LA shopping errands, we got back on the freeway for a 6 hour long drive back to the city of fog. When we left LA, it was 86 degrees outside. While driving through Central Valley, the outside temperature went up to 104 degrees. And by the time we arrived home in San Francisco, it was 55. Some friends even posted on Facebook that they had to turn on the heat. Yup, July in San Francisco - and the reason why I'm so eager to leave town every weekend. 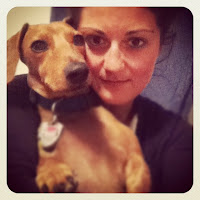 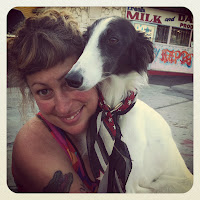 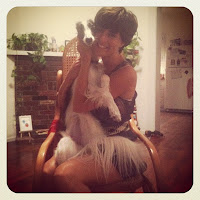 There were many dogs around this weekend: small wieners, big wieners, windhounds, greyhounds, pit bulls. I'm not a huge dog person, but all the dogs were sweet, especially Reggies, who cuddled next to me at night. In honor of these great dogs and their awesome owners, I'll end the post with a few doggy-filled Instagrams I took over the weekend.
by Monica S.